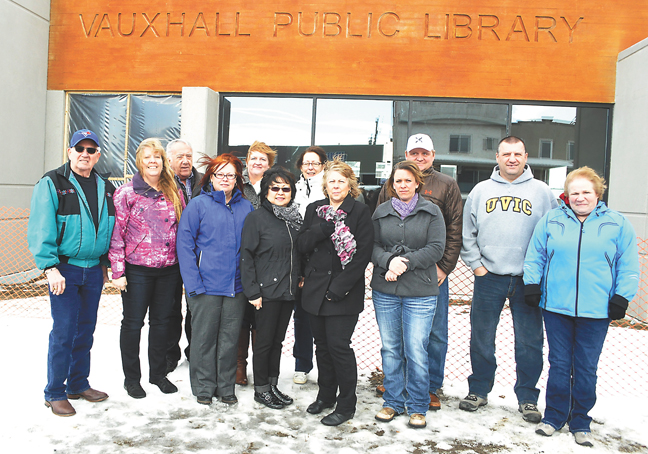 Vauxhall Saddle Club may be dissolving after 56 years of serving the area, but not before it leaves behind another legacy, helping out 11 different organizations with a combined $47,000 in charity.

After discussions with the M.D. of Taber council, the Vauxhall Saddle Club decided not to renew its lease for its property east of Vauxhall. The arrangement called for the Saddle Club to return the site to the M.D. as is, leaving the steel arena fence, holding pens, and gates that were worth several thousands of dollars, which makes for a good start for anyone to use, including 4-H calf shows or training horses.

The last year has been a whirlwind of activity for the Vauxhall Saddle Club which has had a rich history in the area since it was formed in 1959.

In 1983, the club was informed it would have to vacate its grounds site in town, so Vauxhall Saddle Club obtained land from the Department of Lands and Forests and with the help of many generous people in the community, built a new rodeo arena at the current site east of Vauxhall.

The cost of presenting professional rodeo became too much for the small membership of the Vauxhall Saddle Club and so it switched to amateur rodeos with the Chinook Rodeo Association.