Posted on October 8, 2015 by Vauxhall Advance 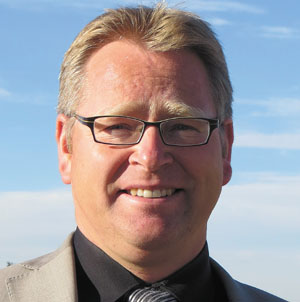 Challenging for the right to represent the Bow River riding as a Christian Heritage Party MP, Frans VandeStroet is dedicated to bringing strong socially-conservative values to the political sphere in Ottawa.

“The fact that the CHP exists is a message in itself,” said VandeStroet. “We exist to put issues in the spotlight that all other federal parties actively try to ignore. We believe in God, we believe that God matters to Canadian politics, we believe that there are absolute morals and values — not everything is relative. We believe that human life needs to be protected from conception to natural death. We don’t hear these things from other parties anymore. That’s why we exist and run, to remind our fellow Canadians and keep other parties accountable, especially at election time.”

A farm realtor with Real Estate Centre in Coaldale and Taber, VandeStroet ran unsuccessfully as a CHP candidate in the Medicine Hat-Cardston-Warner riding in 2008 and 2011.

“The CHP is a small party and in our undemocratic electoral system it will take a miracle to get elected to Parliament. However, I do run for this party,” said VandeStroet. “I have always lived in the Lethbridge riding, but I am quite familiar with the Bow River riding. We operated a farm that was partly located in the Bow River riding, (and) many of my clients live in the riding. Bow River is just as much home to me as the Lethbridge riding.”

Not always a criticism directed at the present government of Stephen Harper’s Conservatives, VandeStroet was critical of the party’s record as true conservatives advocating conservative policy approaches.

“Unfortunately the Conservative government of Stephen Harper has not been conservative in several respects,” said VandeStroet. “They have run bigger budget deficits than any government before them, so are they fiscally conservative? The social conservative track record of this government is very disappointing. We don’t believe in spending money that we don’t have, government should be limited in its tasks and size. We are in favour of free enterprise, a strong defence force, sound environmental policies — fighting real pollution, no vague climate change stories please.”

One of the pillars of the party’s platform is support for reform of the nation’s abortion laws and regulations, and VandeStroet is a strong proponent of the pro-life position.

“The fact that Canada has no legislation to regulate abortion is something Stephen Harper has actively ignored. He uses his massive PM office power to consistently keep the abortion subject off the agenda. Pro-life MP’s in the Conservative Party get no help from their party leadership, rather the opposite, they face party whip pressure and usually remain backbenchers during their career in Parliament. Same story for the way Mr. Harper has dealt with the definition of marriage and now euthanasia. Unfortunately the Conservatives are not conservative anymore.”

VandeStroet views the oil and gas industry, agriculture and irrigation as fundamental foundations of the regional economy.

“Key issues for the riding are similar to most key issues for all of Canada. Bow River is a rural riding, agriculture and the oil and gas industry are the big drivers of our local economy. Export is crucial. We need open markets, especially to the USA. Oil and gas export pipelines need to be built. Railroad infrastructure needs to be improved and expanded to reach the full potential of our vast agricultural resources in Western Canada. Fair free trade agreements with the rest of the world are very important. Another very important item for Bow River is irrigation water. We exist because we have irrigation water. Without irrigation water most of Bow River would be like southwestern Saskatchewan. We need to manage our irrigation water resources as good as we can.”

Finding the right person for the right job can be a challenging proposition for employers in Alberta, something the federal government needs to address, according to VandeStroet.

“Many farmers and also companies like the beef processing plant in Brooks have a hard time to find qualified labour. After endless reforms in our immigration system, it’s still a nightmare to hire qualified foreign workers. Something needs to change here, skilled workers should be the focus of our immigration program.”

VandeStroet does not view more restrictive and selective immigration policy as racist, but considers this approach to be a “common sense” reality for Canada.

“The CHP is not in favour of unlimited immigration. Some foreign cultures are incompatible with our Western culture. Just look at the Muslim ghettos around cities like Paris with zero integration taking place, rather the opposite, dangerous segregation. This is slowly turning into a disaster for Europe, and if we don’t watch out, also for North America. Some of today’s immigrants are not like the immigrants that built North America in the past. Some immigrants are simply not able or willing to integrate into our society. We need to become more selective in the countries where we source our immigrants from. That has nothing to do with racism, it is common sense policy.”

Protecting family values and the preservation of the traditional family unit are an integral part of the CHP’s platform.

“Families are the corner stones of the nation,” said VandeStroet. “There is no better way to improve our economy than implementation of family-friendly policies. We believe that parents are the ones who need to take care of their children, not the state. The CHP has a long standing policy of a tax free family allowance of $1,000 per month for families where one of the parents chooses to stay home to take care of their children.”

VandeStroet attacked what he considers to be “left-wing” influences creeping into the public education system.

“The CHP also wants choice in education. Parents should be able to choose how and where their children are educated, subject of course to meeting basic common sense education standards. The public school system has changed into a place where much more is happening than basic education. Many of the public schools have become a place for left-wing secular social engineering experiments. This needs to stop.”

Characterizing the CHP as the party of choice for strong fiscally and socially conservative voters, VandeStroet encouraged individuals to make that choice on Oct. 19.

“The CHP platform is unique. The fact is that Canada’s heritage is a Christian heritage. The Christian Heritage Party exists to defend and promote this heritage/culture. We are the only outspoken federal pro-life, pro-traditional-family party.”

The campaign for Bow River currently features six other candidates, including Martin Shields for the CPC, Lynn MacWilliam for the NDP, Rita Fromholt for the Green Party, Mac Alexander for the Liberal Party of Canada, Andrew Kucy as an Independent, and Fahed Khalid for the Democratic Advancement Party of Canada.