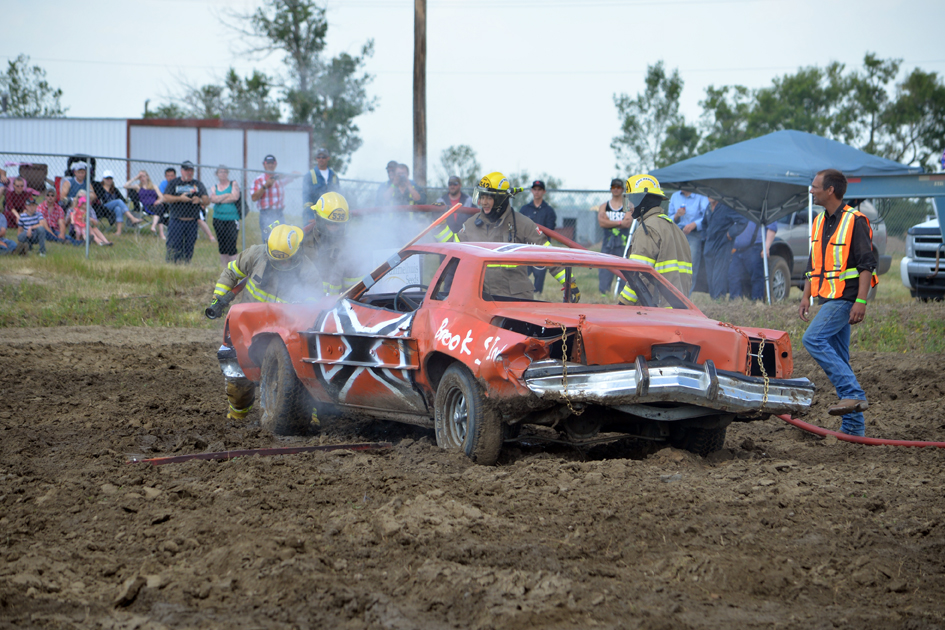 People will be dancing the night away in Vauxhall this Canada Day.

During their regular April 20 meeting, Vauxhall council had received a request from the Vauxhall Agriculture Society to block off a street on Canada Day.

The Ag Society puts on a very successful demo derby for Vauxhall’s Canada Day celebrations, but in conjunction with the 150 celebrations, they want to do something a little different. Once the demo derby has wrapped up, the Ag Society wants to host a street dance, from 7-11 p.m., and asked for council’s permission to close a portion of 3 Avenue North in front of the Vauxhall Legion.

According to the Municipal Government Act, municipal councils have the authority to temporarily shut down roads. However, town CAO Cris Burns cautioned that some of the nearby residents may have a problem with the decision.

“There’s residents directly beside and down the corner, and if there’s some issues, you may have to compensate them,” said Burns. “I recommended that they move that way (away from the residences), but they’re finding that’s not the direction they want, they want to go to the north.”

Deputy mayor Richard Phillips said that when he read the letter, he took it as meaning the portion of 5 Street North that is in front of the Legion and town office, as the letter only reads, “We would like to close of the street in front of the Legion for this activity”. Burns assured council that after talking with some Ag Society members, they have confirmed they want 3 Avenue North.

“I’ve talked to three members now, and they all want this section,” said Burns. “I said I can’t guarantee that, council can change it, council has that power.”

Burns told them that their plan was the Ag Society would fence off the Legion parking lot for use of a beer garden, with the streets barricaded for dancing. He did caution that the latter activity may pose an insurance risk, in addition to the noise levels for nearby residents. He proposed that they approve the use of a different street for the dance party.

Coun. Martin Kondor floated the idea of the Ag Society getting the nearby residents’ permission to host the street dance there, adding that he has “no problem with it”.

Kondor noted the convenience of the use of the Legion parking lot for the beer garden. Burns said another issue was, as they wanted the whole street, that the nearby residents wouldn’t have access to their homes.

Coun. Kim Cawley suggested that instead of using that entire block, they approve the use of the street from the Legion parking lot to the intersection of 3 Avenue North and 5 Street North.

“We could offer that to them,” said Phillips. “It’s a little inconvenient for traffic flow, but it’s not like you can’t go down to (2 Avenue North).”

Council noted that someone could also go up to the high school parking lot and turn around there if needed, and by that time, the demo derby traffic should be cleared out.