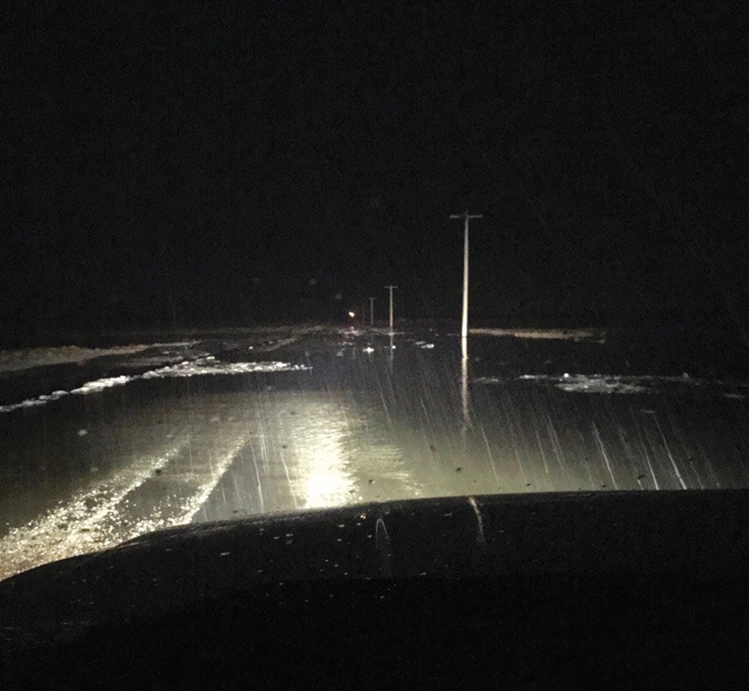 With overland flooding wreaking havoc on the Municipal District of Taber this spring, council is still looking at ways to recoup some of the costs associated with repairs throughout the region.

With repairs likely coming in over the $1 million mark, the M.D. has taken many avenues in hopes of getting provincial funding to offset the large costs.

While nothing has come in as of yet, they had the chance to hear from another potential source during their regular meeting on May 22.

“The M.D. of Taber was a successful recipient last year of a $2.3 million grant from our program, it did come out of the 2013 flood event. After the Flood Recovery Erosion Control Program, we realized that there are a lot of communities across the province that also need significant financial investment to become more resilient to flood and drought events. The province invested $531 million over 10 years, our program has now been extended to 12 years with the same dollar amount,” said Micaela Gerling, program coordinator with Alberta Environment.

The Flood Recovery Erosion Control Program was a benefit in the past for the M.D. and they have hopes of it coming through again in light of this year’s flood.

With last year’s incredibly dry summer, the program could be of some benefit if the summer months in 2018 are like they were a year prior.

The good news is the program has been extended for the foreseeable future.

“We are in year four and we just allocated year four of the 12 years so we have a significant amount of years ahead. We have no current applications from the M.D. of Taber. I know you guys definitely struggled in the spring but I hear you guys did do exceptionally well at managing the situation.”

With droughts and floods playing prominent roles in M.D. over the last several years, council has a vested interest in controlling those types of events as best as they can.

They did have questions about how exactly the program would benefit them during those events.
Gerling provided an example in relation to a new initiative that’s happening just outside of Calgary which involves several different municipalities.

“A couple of the projects that we did with other regional partnerships, one is the Collective Stormwater Initiative east of Calgary with the WID. They have built a 25 year program where they are dealing with the flooding issues of today but they are also planning on the long-term buildup of the region. The portion that was eligible under our program was the flooding issues of today so we were able to prorate their entire 25 year program,” added Gerling.

She also stated most of the work they do would be in relation to capital projects.
M.D. council accepted the delegation as information.