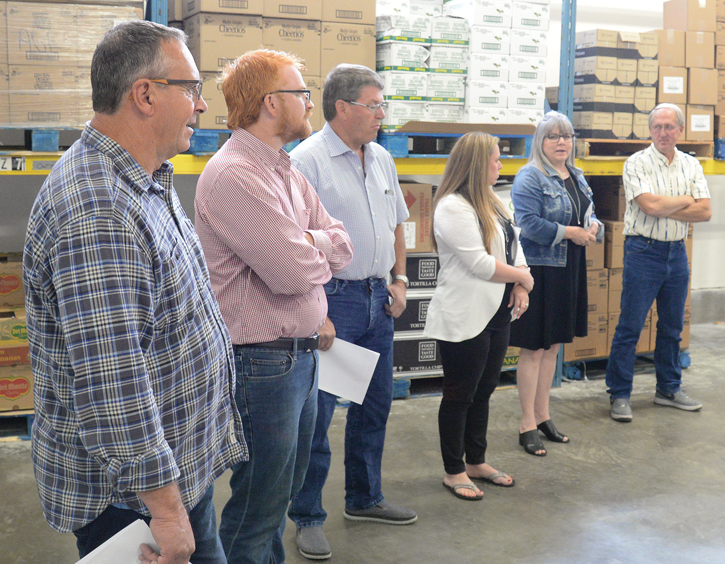 The Taber Food Bank is continuing to try to bring awareness to the issues they face in regard to low stock.

While many people think of a food bank as only a place where people in need received food products, they also provide those with general products such as toilet paper, hygiene products and other household items.

In fact, these types of items are often the lowest stocked and are usually the most requested.

Food insecurity also continues to be a problem across Canada.

According to the Taber Food Bank, thirteen per cent of Canadians live in a state of food insecurity, which means they do not have reliable access to adequate amounts of safe, good-quality, nutritious food.

The root cause of hunger in Canada is low-income which consistently affects more than four million people at any given time.

Over 850,000 Canadians turn to food banks for help with more than one-third of them being children and youth.

The Taber Food Bank currently serves not only Taber but surrounding areas as well.

The Taber Food Bank relies on donations, whether they be food or monetary, from the community.

Throughout the year, they hold several food drives and several fundraisers to try and help offset the times when they run low.

Volunteers are also essential for the food bank.

Throughout 2017 they had 2,350 total hours recorded, though they state that there are many more that didn’t.

If you need to use the Taber Food Bank, you are encouraged to set up a meeting to work out the details.

All clients who meet with the food bank staff are entered into their Link2Feed System which allows them to effectively to collect client data and create personalized reports on their demographic.

In order to access the Taber Food Bank, a government ID, proof of income and a list of their eligible expenses. All information then goes into the system and if a client is left with less than $500 ($100 per child) for the remaining month, they are eligible for a hamper every 30 days.

There are cases (terminal patients) where hampers are accessed every two weeks.