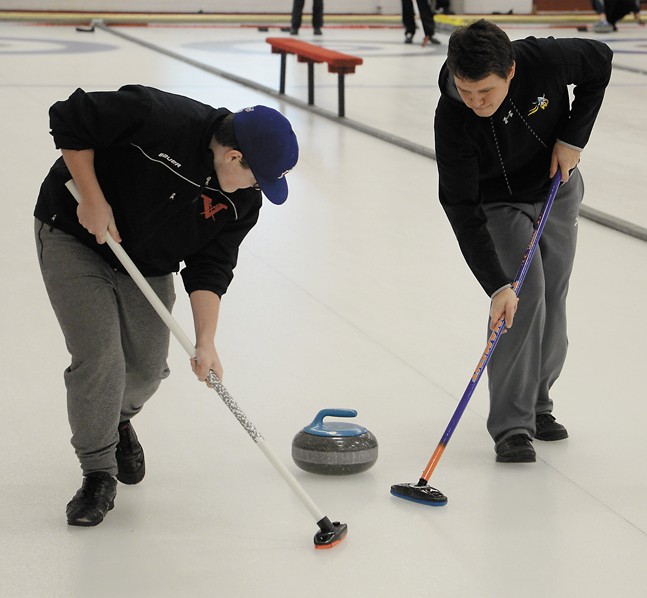 After previous negotiations found both Vauxhall town council and the Vauxhall Curling Club far apart in contract financials, a delegation from the club was present in council chambers to work out a deal.

During council’s regular meeting on July 17, three members from the Vauxhall Curling Club presented their case as to why they felt the recommended town lease contract was too high.

“We understand things cost money, there’s no doubt about that. But it also has to be feasible for us to run and a $7,000 increase is pretty tough. You have our financials, we don’t make that kind of money,” said Kim Egeland, secretary of the Vauxhall Curling Club.

With over 100 total members a part of the club, they used the facility multiple days during the week and would continue to do so in the coming season.

“Last year, we curled three nights a week, Tuesday, Wednesday and Thursday, each of those being a unique league. Each of those nights, as an after-school time frame, we had junior rinks come in. We call them juniors but they are high school (kids), they’re minors. Our total membership was about 84 adults and 29 juniors last year,” said club president Lori Doerksen.
“I’d hope you consider the curling club is a Vauxhall staple. We look at Jets Stadium and other attractions in the town, the curling rink is equal.”

Doerksen also highlighted the differences in fees for the ice arena and the curling facility.

“I’m also very involved with Vauxhall Skating Club and I know what we pay as a skating club per hour for the ice. Those numbers are extremely different,” she said.

They estimate they use the curling rink for around 336 hours during the year for league nights. With the proposed town increase to their lease cost, they didn’t see how it would be fair to their members.

If the lease went up that much, they would have to raise the membership cost to an estimated $85 for adults in order to cover some costs.

The group also stated that if they weren’t able to come to an agreement on a lower cost, the club would have to fold and look for curling ice elsewhere.

“If we don’t keep curling here, the curlers are going to leave town and they may leave permanently as residents,” said Doerksen.

“Without the members, we don’t have a club,” added Kim Egeland.

The delegation also inquired about support from the Municipal District of Taber.

With a club estimated two-thirds of membership coming from out of town including Hays and Enchant, they wondered if the M.D. was contributing in any way whether it be facility costs or maintenance.

“We get a recreation grant from the M.D. and it gets allocated among various recreation facilities the town is responsible to operate. It’s a matter of where do you put the money,” answered Deputy Mayor Richard Phillips. “As you know, it’s very expensive to construct and operate recreational facilities. They always operate at a significant loss because no recreation user wants to pay the price of playing their game, no matter what the game is. They always want a subsidy from those who don’t play the game, which is really what it comes down to. How much do you make the other town taxpayers subsidize to play their game, there’s no better way to put it.”

Council discussed having further conversations with the M.D. about the grant and the possibility of seeing more money with the fact that M.D. residents use Vauxhall facilities regularly.

With town taxpayers carrying the majority of the financial load when it comes to town recreational facilities, council wondered how they could proceed.

“How much should the town taxpayer pay versus the M.D. taxpayer. Clearly, there needs to be a split and is it equitable right now, is the question,” stated Phillips.

“The building is cheap, it’s the operation that kills you,” said Coun. Ray Coad.

Council were in agreement that they would be fine with accepting the proposed curling club lease agreement for one year but they wanted to re-work it for the following years.

They also wanted to come to an agreement on a longer-term contract for around 10 to 15 years.

A motion was made to accept the proposal presented by the club for this year (2018/19), while the 2019/2020 rate will include capital costs and to negotiate a 15-year lease contract. The motion was passed unanimously. Mayor Margaret Plumtree was absent from the meeting.