Posted on November 1, 2018 by Vauxhall Advance 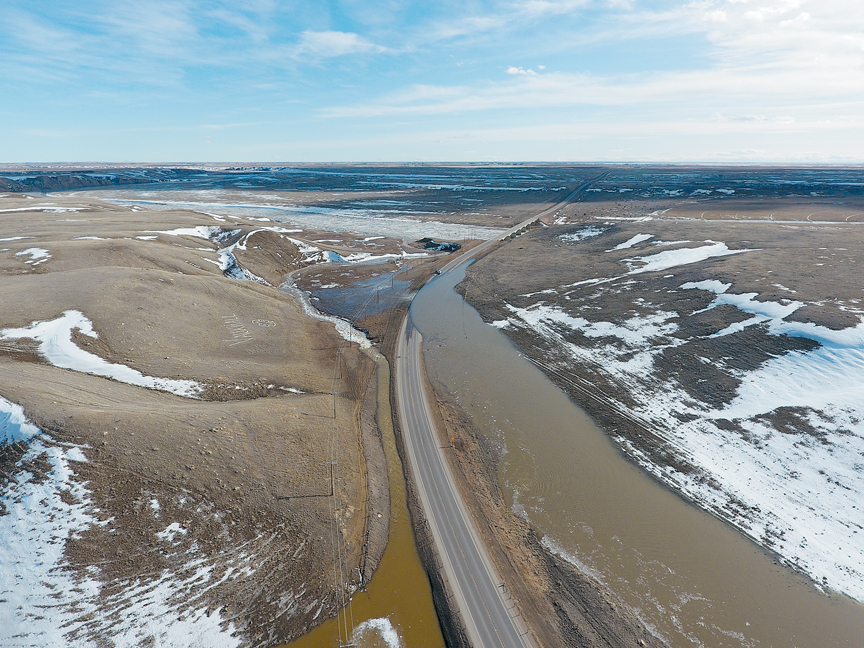 With the 2018 spring local state of emergency due to overland flooding, the Municipal District of Taber council brought up a question around their emergency management plan.

As the plan only includes the M.D. of Taber, Village of Barnwell and the Town of Vauxhall, some on council wondered why the Town of Taber was not also in on the emergency management plan.

With the Town of Taber not included, a question was asked if the two municipalities ever discussed emergency management.

“More so on an emergency basis, I wondered do we ever have a once a year meeting to discuss if we had a major event?” asked Deputy Reeve Tamara Miyanaga at the M.D.’s regular meeting on October 23. “To me, it just makes sense when we have three municipalities and a fourth in our M.D., it makes good sense that everyone is working together.”

Brian Schafer, M.D. of Taber regional fire chief, explained that 2016 saw a shift to the regional emergency plan and both Barnwell and Vauxhall both expressed interest in joining with the M.D.

“According to the Emergency Management Act, each municipality has to have their own plan. The reason Barnwell and Vauxhall jumped on with us is because it is very hard for them to keep it up to date. With the three of us, we always have the same contacts,” explained Schafer. “When we did the regionalization thing, we said ‘wouldn’t it make sense if we just had this one plan?’ The Town of Taber has one too, there’s is certified through AEMA (Alberta Emergency Management Agency) as well. Looking at theirs though, they also have a big municipality they are serving, so us being rural, and them being not, that is going to be hard to mesh those two plans together. In any event though, they are there if we need them and vice-versa.”

This past spring was pointed to by Miyanaga as a reason for the two municipalities to start working together in terms of emergency management.

With both enacting local state of emergencies during the overland flooding, she wanted both sides to be prepared before those types of events occurred again.

“I’m not convinced that I agree but it makes sense. I know that if there was an event we would come together, there is no doubt in my mind. I just think it doesn’t hurt to be at the table before the call has to go. I would rather see us work together before we have to work together,” she said.

Administration pointed towards the Alberta Emergency Management as a big reason why an emergency management plan may not be needed with the Town of Taber.

“One of the key elements in the Alberta Emergency Management is promoting Incident Command System training because the people and the players in each community across the province may be different but the format of command will be similar. All of the job descriptions under ICS have very specific meanings and individuals trained under ICS understand that. That’s why when you have a big incident in Fort McMurray, they can bring in people like Joe (Bruyere, M.D. deputy regional fire chief), Brian and Kirk (Hughes, assistant director of emergency management plan), drop them into that situation with no briefing and instantly operate,” said M.D. CAO Derrick Krizsan.

ICS is is a standardized approach to command, control and coordination of emergency response which provides a common hierarchy within which responders from multiple agencies can be effective.

During the spring flooding event, the M.D. would have been able to get some additional help from neighbouring municipalities if they needed and thanks to ICS, they could have done so.

“With our spring flooding, the Town of Taber had theirs at the same time. Their incident, we might have been able to steal somebody here or there but what this plan at AEMA is doing, I could take people out of Coaldale and say ‘we need you to come work here at the operation centre for the next 24 or 48 hour period’,” added Schafer.

During the flood though, Miyanaga pointed to the fact both the M.D. and Town of Taber were dealing with issues related to the spring melt.

“That is exactly what I am talking about though. We had two command centres that were blocks apart. I realize our rural versus their urban flood concerns but some of the water was exactly the same. To me, that example highlights how we could have had one common centre. We had people who were going from one meeting and running to the next,” stated Miyanaga.

Schafer though pointed out that while the two emergencies were both related to flooding in the region, they were different events with different effects on infrastructure.

The local state of emergencies were also declared at different times which highlighted the impacts the flooding had on both municipalities.

“We really can’t compare the two emergencies because we did have two emergencies at the same time. To do one EOC (Emergency Operations Centre) like that with two emergencies, they weren’t the same. They had a water treatment issue and we had washing out roads, it was way different. I see where you are going but I don’t know if that would have worked,” said Schafer. “Ours was a little bit higher than what there’s would have been. (We) declared a state of emergency a week before.”