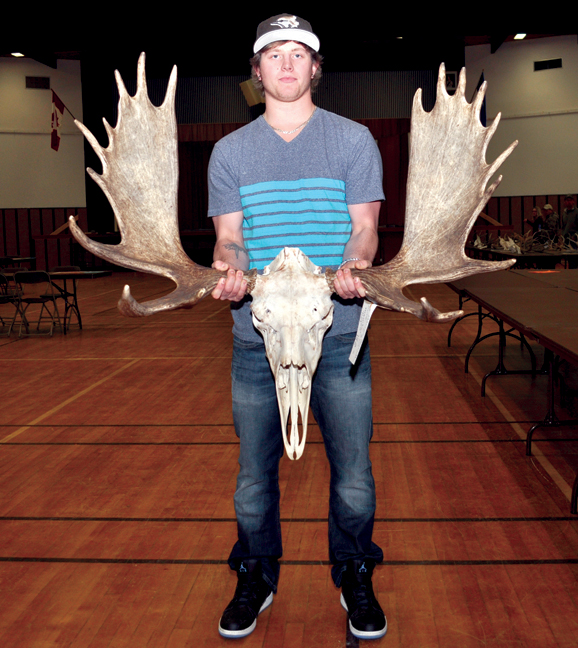 Measuring Day 2015 for the Taber Fish and Game Association proved to be another success with over 70 entries submitted and hundreds attending the event at the Taber Community Centre.

“We had some volunteers show up which was nice and it was well attended,” said Dave Chontosh, vice president/treasurer for the Taber Fish and Game Association.

“There was a higher number of animals entered this year than previously. There were a a couple of nice Elk that came out of the Suffield area, they are trying to reduce the population in that area having some problems with them,” said Chontosh.

“The youth brought in a lot of entries which was nice to see. The number of whitetail is down overall. In Saskatchewan, they dealt with a really bad winter and the numbers south of Highway 3 are way down. But it seemed like there was quality in mule deer with a lot of people harvesting. The bear entries were up this year with a cougar coming in too.”

The Alberta Fish and Game annual conference and general meeting will be held this year in Lethbridge in February. If you would like to register for it, you can call Dave at 403-317-0623.