Kitagawas recognized for philanthropy with academy 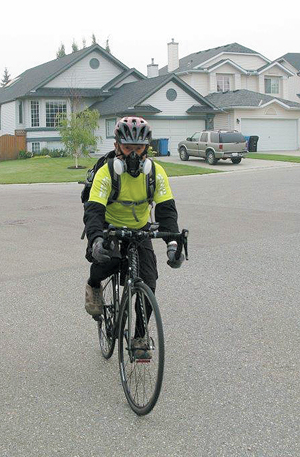 A number of businesses in the Lethbridge area and and a supporter of the Vauxhall Academy of Baseball have been recognized for their work with non-profit organizations.

The Association of Fundraising Professionals southern Alberta chapter announced the names of four “Inspiring Philanthropy Award” honourees on Thursday for their work in the community. The honourees will be celebrated at the National Philanthropy Day luncheon on Nov. 13. This is the inaugural year for the event. NPD is held on Nov. 15, which falls on a Sunday.

Honourees were selected by jury from a number of businesses nominated by non-profit groups for donors. They were selected in four categories and announced Thursday morning at an event at Lethbridge City Hall. Those honourees include:

“It’s a celebration of philanthropy across the board,” said Knapp. He added there were other nominations made, but that the jury had to select those they felt most deserving of the recognition this year.

The Lethbridge chapter of AFP is 3.5 years old, according to Knapp, who was a charter member. At the time, there were just 15 members in the organization.

“We started quite small,” he said. “We’re up to about 40 members today, so we’ve had some nice growth.

“We’re basically a professional fundraising group, and we provide educational and development opportunities for our members.”

Knapp said both the capacity for non-profit organizations and the overall quality of life of local residents are improved through philanthropy.

“You can ask any non-profit you want, and they would say 100 per cent across the board that they wouldn’t have the impact on their clients that they have without donor support. That’s a no-brainer. But what’s not a no-brainer is that once a year, we have to encourage people, even ourselves, to just stop for a moment and celebrate everybody that contributes to the community.”

Knapp said their goal this year is to hold an event that can be built upon in coming years.

“We’re trying to have a really nice first-year event, and a nice program,” he said, adding there are plans to expand the celebration in the future. That will include being more aggressive when it comes to seeking out nominations for their awards.

AFP represents more than 30,000 members in more than 230 chapters around the world. The Canadian government officially recognized NPD in 2012. U.S. President Ronald Reagan first proclaimed it in 1986.

“National Philanthropy Day is a world-wide event,” Knapp said. “We really hope Lethbridge and area takes this on and helps us celebrate.”

The National Philanthropy Day luncheon will take place at the Canadian Western Bank Lounge at the Enmax Centre. Tickets for the event may be purchased online at uleth.ca/tickets.