No snowbirds for these Jets 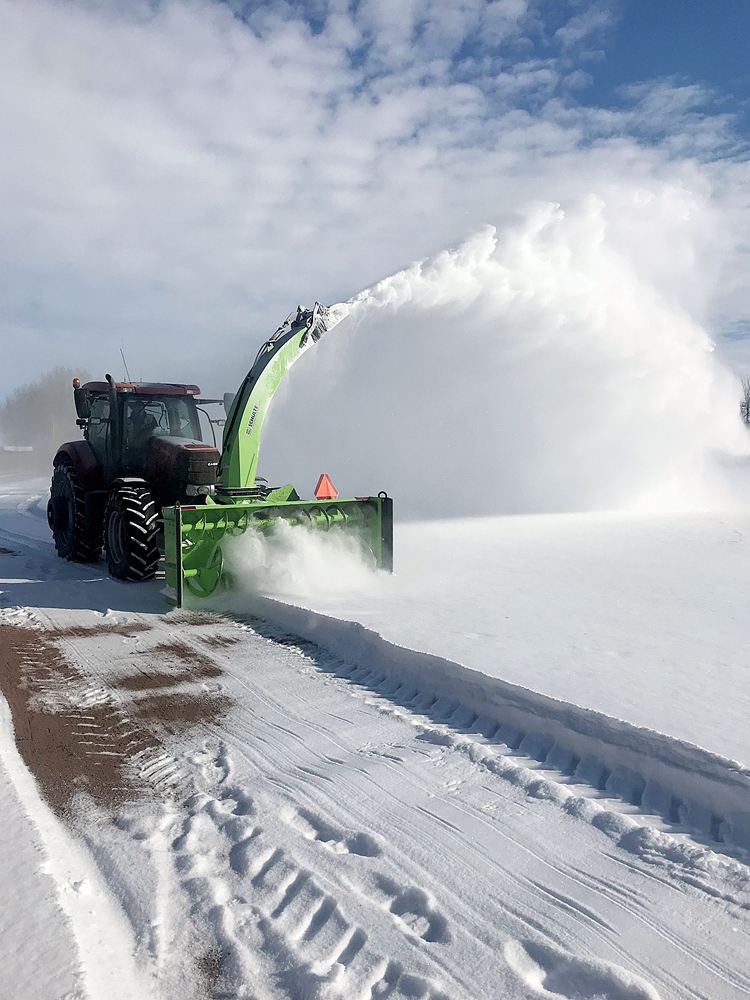 WHITE OUT: Things were looking bleak even in the middle of last week (pictured) that the Vauxhall Academy Jets would be way behind on the start of its Spring season due to heavy snow and extremely cold temperatures that has gripped southern Alberta in early 2019. ADVANCE PHOTO SUBMITTED BY LES MCTAVISH

In what looked like a long delay for the upcoming spring season for the Vauxhall Academy Jets, now has clearer runways for the team to take off to a successful season.

Long drawn out periods of heavy snow coupled with -30 Celsius temperatures had prognosticators as late as the academy’s recent fundraiser earlier this month cracking jokes about when the team would be able to hit the field.

Nevertheless, the last week-plus has had Mother Nature co-operating where the Jets look to hit the field this weekend in Lethbridge at Lloyd Nolan Yard.

“I think we are going to be good. We are scheduled to play a doubleheader on Sunday at Prairie Baseball Academy against the prospects and PBA and then we will play PBA on Monday. Jets Stadium is a lot closer than you would expect because we did get the snow removed,” said Les McTavish, head coach of the Vauxhall Academy of Baseball Jets. “It’s a special thanks to the M.D. of Taber for supporting us in doing that with the help of their machine (snow blower). It’s really helped baseball in the Vauxhall area.”

A couple of players left on Wednesday to play for Team Canada in Evan O’Toole (OF/RHP) and Ben Adams (OF/LHP).

“We’re excited to get back on the field, but we will see. We haven’t been out at all because of the weather,” said McTavish, adding indoor training can only do so much to prepare a team for live-action games. “It’s a challenge, but it’s a challenge you’re more than willing to accept. We just need to get outside and work the kinks out. We will have some good things happen and have some tough things happen in the process. I know we got 22 boys who are pretty excited to get out and see some grass, hear the crack of the bat and run around.”

As pitchers get their arms stretched out, inning caps will be tight to start the season from the winter’s cold.

“We increased pitch counts a little bit indoors. I’d say two to three innings max per guy. We will be missing two pitchers already (O’Toole/Adams), so we may have to have a couple of position players throw. But we will be going pitch counts first and results second for now,” said McTavish.

It is pitching that has McTavish smiling as his roster goes 13 players deep that are listed to take the mound.

“We feel like we certainly have a lot of depth on the mound. It’s probably as much as we have ever had. We have probably one of the better pitching staffs anywhere, be it Western Canada, full Canada or even the U.S.,” said McTavish.

“That being said, if you don’t throw strikes and you don’t compete, your strength in arms doesn’t necessarily translate. We are excited about this group. We have some great leadership and some depth on the mound. And I think offensively, we are not going to rely on two or three guys. I think over the course of a four-game weekend, we could have five to eight different guys be major performers and the following weekend it be different guys.”