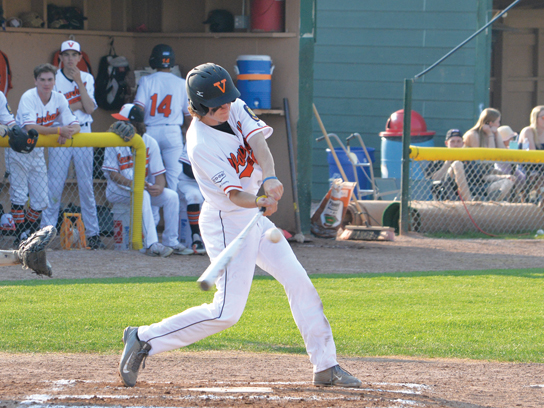 The Vauxhall Spurs started this year’s Montana Class A State Tournament on a hot streak as they head towards the end of their season.

The first game saw the Spurs shut out the Dillon Cubs 6-0 in the opening game of the tournament.

From there they went on to face the Mission Valley Mariners in the follow-up.

The Spurs offence was firing on all cylinders which would once again help them walk away victorious in a 7-2 rout.

The Laurel Dodgers were up next for the Spurs and the Vauxhall bats continued their dominant showing at the tournament.

On top of a solo Johnny Vulcano home run, the Spurs would plate 14 runs in a 14-4 dominant win.

Running the table for the first three games, the Spurs were in good shape heading into Tuesday’s play where they were matched up against the Gallatin Valley Outlaws.

With three teams remaining and Vauxhall the last undefeated team, they had already secured their bye to the final on Wednesday afternoon.

Before the team shifted their focus to the final though, they had to go through Gallatin Valley who gave the Spurs their best game of the tournament.

After 10-running Laurel the day before, Vauxhall themselves suffered the same fate as the Outlaws put up 13 runs against the Spurs’ 3.

Even with the defeat, the Spurs were headed to the Montana Class A State final where they played the winner of the matchup between the host Bitterroot Bucs and Gallatin Valley Outlaws.

Host Bitterroot walked away with the win and faced off against the Spurs in the State final.

After a lacklustre game against Gallatin, the Spurs bats caught fire again while the pitching and defense worked another gem as the Vauxhall won the game 11-3.

Now, the Spurs are off to off to regionals in Cody Wyoming starting on August 9th.