Posted on February 27, 2020 by Vauxhall Advance 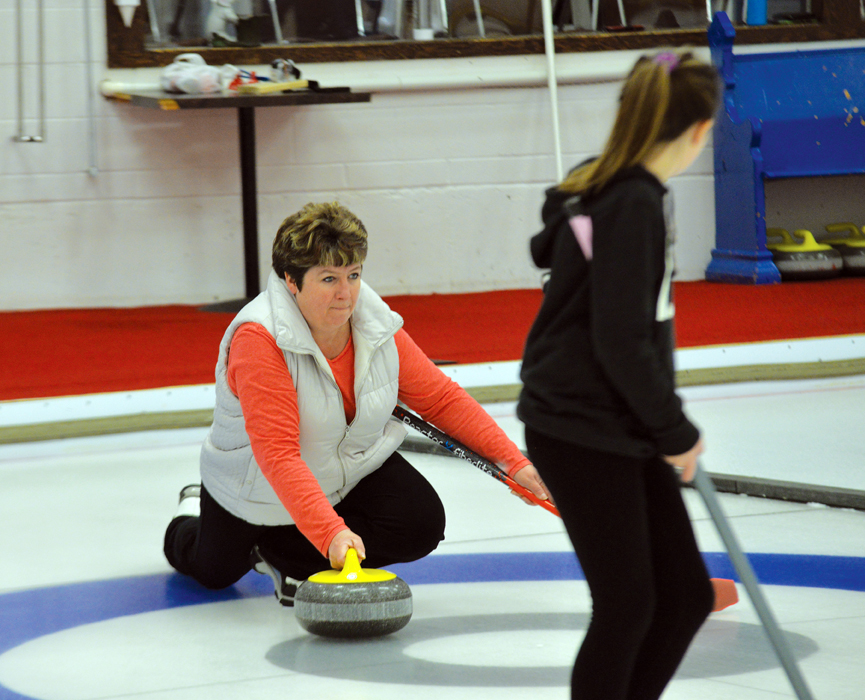 With the deadline at the end of the week, putting pen to paper is still a ways off in regard to the rent agreement between the Vauxhall Curling Club and Town of Vauxhall.

As the curling club is preparing for this weekend’s Ladies Bonspiel, the current agreement is due to expire on Feb. 28, the same day the bonspiel begins.

To discuss how members felt about progressing, a special curling club meeting was called on Feb. 24 and 44 people attended.

“In all the conversations we’ve had with council, it has always been positive. They’ve always said the right things and they seem to hear our comments. Unfortunately, when we met with them last, we were told this is their final offer and if we don’t accept this final offer, they are changing the locks on February 28,” said club president Lori Doerksen.

At council’s budget meeting earlier this month, council voted in favour to rent the facility to the club at $1 with the club on the hook for utilities in the building.

The club was concerned around changing the contract from its previous form to having them be responsible for utilities.

Due to the up and down nature of utility bills, the club had suggested having a maximum cap to budget accordingly, which was denied.

“It (paying utilities) is something we can do, it’s just the concern of the unknown,” continued Doerksen.

In their last meeting between the two groups, plenty of other changes were suggested by the club, most of which were not in place in the final contract provided to the group.

The Town of Vauxhall provided some clarification in a post on their Facebook page around the newest offer.

“Council’s stand on this agreement process is that the curling club will be responsible for the utilities, power and gas on curling rink portion of the building as well as $1 per year lease fee. The M.D. grant funding will cover some of the costs that are over and above the utilities (i.e. start-up, shut down and maintenance costs for the plant). The town did research numerous other communities on their curling club agreements and found consensus in the agreement that was presented to the Vauxhall Curling Club. The Town of Vauxhall council and Vauxhall Curling Club have been in negotiations for three years on the private use of the curling rink. We have agreed on a number of issues in regards to the curling clubs lease area during these meetings. The principal obstacle is the cost of utilities and other costs associated with the running of the ice plant that supports both the arena and curling rink ice surfaces. With the changes in our provincial government budget, and our tougher economic times our community has had costs passed down that we have never had to bare before. The municipality collects those funds through user fees and grants, the majority of funding comes from municipal taxation. Our community property taxes provide services like road maintenance which includes services like snow clearing and street sweeping, recreation and programs, emergency services, parks and green space maintenance as well as general operational costs of all town-owned facilities and any debts or debenture repayments,” reads the statement.

The group has continuously disputed that they are a private-only club and have stated they have had multiple introduction to curling nights as well as invited schools in the area to curl.

“We strongly disagree that we are private,” stated Doerksen.

One of the biggest issues raised from members was around temperatures in the facility.

“I was told a good temperature for both sides is around 19. Our ice we want around 20,” stated Kim Egeland, club secretary.

It was further explained what ideal temperatures were for the curling rink.

With a decision needed for the curling season to continue, many members voiced their issue with the final offer method council was presenting the club.

“It will probably cost the town more to have this empty,” stated Howg.

With the town not agreeing to a cap due to concerns around covering any potential overages, members pointed to the notion town council was okay with covering shortfalls of other facilities like the ice arena and the swimming pool but not the curling rink.

They also highlighted the benefits the curling rink brings to the community which include economic impacts of new people coming to the area.

Other members questioned why no town councillors had attended.

“They were all individually invited, the town councillors. I said, in the best way that I could, that I would protect them. I wanted them to be a fly on the wall, I didn’t want questions flung at them. I just wanted them to come and listen,” answered Doerksen.

A letter addressed to council was also read aloud to those who were in attendance.

“The recent engagements between the Vauxhall Curling Club and the Town of Vauxhall are very discouraging and risks the closure of a very important establishment in the town of Vauxhall,” reads the letter. “This has been an ongoing battle for many years with town council and the unwillingness to collaborate and communicate with important user groups in this town shows the lack of support, honesty, and integrity from the Town of Vauxhall to these user groups.”

“As outlined in the Town of Vauxhall’s Strategic Plan, the goals for the future are to promote, economically develop, revitalize, and foster an inclusive community through the facilitation and leadership of the Town of Vauxhall listing the curling rink as an asset. The user groups in this town, including the Vauxhall Curling Club, are essential to the future growth and success of this community with countless hours of volunteering to promote, economically develop, and foster an inclusive community,” states the letter. “We strongly encourage council to consider the impact and loss the closing of the curling rink will bring to the club’s members, local curlers, the town of Vauxhall, businesses, local user groups, and the countless volunteers that are doing their best to keep the club strong.”

An issue around getting locked out of the rink while their equipment was still in the facility was also a concern from the group.

An online petition on change.org titled ‘Keep the Curling Rink Open’ was started shortly after the meeting and has acquired over 850 signatures early Wednesday morning.
A motion to not sign the contract was carried. Another motion to contact the Town of Vauxhall for an emergency meeting on Wednesday for further discussion was also carried. The Town of Vauxhall agreed to a special meeting which is being held tonight at 6 p.m.