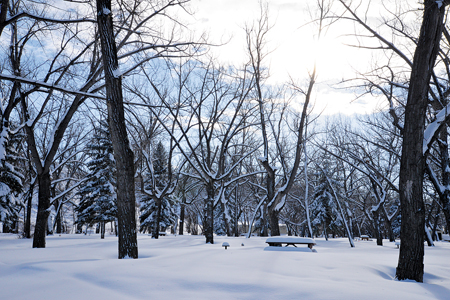 In response to the COVID-19 pandemic, the Municipal District of Taber has closed many of their recreation areas.

During council’s regular meeting on March 24, council brought forward the discussion of closing recreation areas as well as activating a local state of emergency.

“Alberta Health along with the Government of Alberta has provided many ways to slow the spread of COVID-19. One of those mandates is to limit the amount of time Albertans are spending in large crowds and crowded spaces. In the near future, our parks and recreation areas will fill with people from all over the area. A lot of them in close confines with others. Whether it is in the walking trail or on the play equipment or in a campsite,” reads administration’s report.

A motion was made to allow administration to close and open parks and outdoor recreation areas municipality-wide as needed or as directed by the government in accordance with government restrictions in response to COVID-19, and for council to be notified. The motion was carried unanimously.

Since, the M.D. of Taber has temporarily closed the Forks Campground and playgrounds in M.D. Park, Enchant and both Grassy Lake playgrounds.

The M.D. of Taber has posted on their Facebook account that they plan to open the campground portion of M.D. Park on April 15 with limited use of water.

In terms of activating a local state of emergency, council wondered when the time would be to head in that direction.

“Just pros and cons, Arlos (Crofts, CAO)? When do you think we might (activate)? Just some basic guidelines I guess,” asked Coun. Brian Brewin.

“Up to this point, as we have communicated to the public we initiated our emergency operations centre to support the provincial response.,” responded Crofts. “So far we have been able to do that with existing resources we have in terms of disseminating information in supporting anything that has been asked of us to support the overall response. With regard to the purpose and the consideration of a local state of emergency, at this point I don’t know we need the powers that are granted to the municipality by doing that. Especially given the province is under a state of public health emergency. There is some duplication with those powers.”

Administration also pointed out that things have been shifting very quickly.

“Things are changing rapidly on a day to day basis. I’m going to say that it will depend on how or at what point it affects our municipality,” continued Crofts. “At this moment, I am not sure we are ready to declare a local state of emergency.”

Crofts also pointed to closing the recreation areas within the M.D. as a way to further curb the spread of the virus.

With things changing rapidly, there may be more need to activate a local state of emergency soon. As far as providing updates, Crofts stated administration could prepare a document to that effect.

“If council wants to go down the road of declaring a state of emergency then any action we take we will be responsible moving forward,” he said. “With an EOC, we can provide council with a report or an update.”

From the emergency response side of things, they were also in favour of proceeding with recommendations passed down from the provincial government.

“Right now, like Arlos said, we are following the direction of the province and monitoring the situation,” said Brian Schafer, regional fire chief and director of emergency management. “Right now with a state of local emergency, what some other municipalities have done and why they have done that is to stop grocery hoarding and price gouging.”

Moving forward with procedures they were currently following was a recommendation.

“But at this time, I think how we are monitoring, we are doing our due diligence and following what the province has asked us to do,” continued Schafer.

Council agreed with the fact things have been changing at a rapid pace and the need for a local state of emergency could come. Before that happens, they were satisfied with carrying forward.

“If we were to suddenly get a huge number of cases, that would change things here. Until that happens, I guess we will just keep monitoring what the province is doing,” said Reeve Merrill Harris.

He also touched on the fact Family and Community Support Services had been working with the Low German Mennonite population and local colonies to express to them self-isolation and social distancing procedures through the pandemic.