M.D. of Taber commits to 2020 maintenance at shooting range 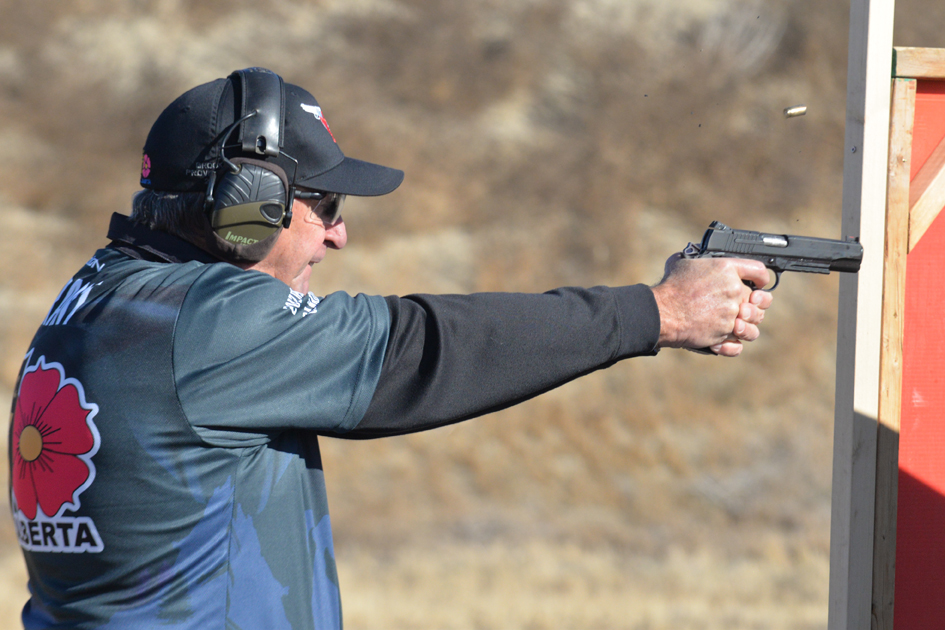 With the season well underway, the Taber Shooting Foundation is once again requesting help with maintenance from the Municipal District of Taber.

During council’s regular meeting on May 26, council reviewed a letter from the foundation which made several requests for work within the shooting range.

Since the shooting complex was constructed by the M.D., the municipality has provided some work and services including gravel, mowing, spraying, and other work as required.

The shooting foundation had originally also asked for older machinery the M.D. was in the process of trading off and some of this equipment that was provided will do the very tasks that are asked for in their request letter, according to administration.

“Administration will work to implement council’s decision but feels it important to emphasize the significant amount of M.D. contributions to develop this facility as well as continued operational support. Council may want to consider requesting financial status reports for organizations such as this as part of the request for assistance process similar to what is done for many other groups that seek financial assistance during the course of a year. If continued operational support of this nature is required (from the M.D.) then there may be a need to consider/develop a formalized budget plan that specifies and allocates financial and human resources for operating of this facility,” reads administration’s report.

“When we get these requests like this, I’m not opposed to this request at all, but capturing this amount and putting it into recreation, do we have a recreation line on our budget?” asked Coun. John Turcato.

“I believe the M.D. has been trying to keep track of these in-kind donations and contributions. I’m not sure from a budgetary perspective we could demonstrate that,” said CAO Arlos Crofts.

“I’ve been researching this on how we can get these costs from other departments and relocate them,” replied Bryan Badura, director of corporate services. “Budget-wise, the wages, the machine costs and amortization is in the individual public works and ag service board budgets. Now, if we were to transfer costs from one department to another, if we create revenues in one department and expenditures in another, at the end of the year before we finalize the financial statements, we have to eliminate all internal transactions. We are artificially creating revenue for the organization but we are researching a good way we can get these costs from ag service or public works into recreation or other departments. The one big thing is we can’t create revenue for the organization, all of these internal transactions would be required to be eliminated before year-end financial statements are released.”

With council and the shooting foundation having numerous talks in the past, one constant question brought up from the M.D.’s perspective has been around when the group would be able to be self-sufficient.

As no firm answer has been brought forward, and now with another request with maintenance, help the question was once again posed.

“This equals up to between $10,000 and $12,000 in in-kind work this year, I just wonder when it will end in the sense of when will they become self-sufficient? From what I have gathered from other people, in regard to the shooting foundation, is if we built it for them, they would become self-sufficient and they wouldn’t need us because it is a low-cost facility,” said Coun. Leavitt Howg. “I’m not against helping them out here or there but at the same time, this adds up to quite a bit.”

Other councillors were also on board with figuring out how much longer the group would need this kind of support from the municipality.

“This has been an issue ever since I was elected to council because from the information we have received from the shooting foundation from when they visited, there was an idea we would sustain and help them with the skeet range and other ongoing things. As a council, I’d like to figure out if this is a recreation facility where we are a part of the operation and are we able to sustain it?” asked Coun. Tamara Miyanaga.

One point the shooting foundation had brought forward to council in 2018 was the fact the lack of a trap/skeet range was a big factor for the range.

They stated with that addition to the facility, it would bring it more members which would lead to further self-sufficiency for the group.

With that project still coming at some point, Coun. Turcato explained he expected they would be able to start funding their own maintenance staff when they receive more memberships.

“They’ll have enough members that they’ll be able to afford to do that. I think that is kind of what they are waiting for.”

As this question continues to pop up, it was asked what the original discussion was in terms of the shooting foundation taking overall associated costs with the facility.

“My understanding is that it was going to be similar to the motocross track that we did right beside. We’d help do some of the work and eventually they would take it over. Now, we did make some commitment that when we had time, we would try to work on the skeet range and some of the other facilities but we never made a promise as to when that would be,” explained Coun. Brian Brewin.

“I think another important thing is when that agreement or discussion with the shooting foundation was had, it was a bit of a different financial time than we are facing,” added Turcato. “That’s probably a reason it hasn’t been completed, or one of them. Another one is we have had some earlier winters over the last (few years).”

Getting back to the original request, a motion was made to continue with past practices in terms of maintenance done at the shooting facility and was carried unanimously.