With wildfires raging across the interior of British Columbia in recent days, more than 39,000 residents have been evacuated and many are inundating emergency shelters… Read More » 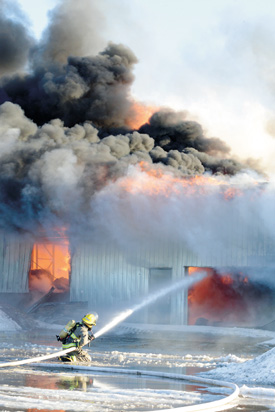 Firefighters deserve our praise every day

Communities across Canada are recognizing Fire Prevention Week and sometimes between the statistics, cut and paste fire drills and other safety messages, what is lost… Read More »

By Nikki Jamieson Vauxhall Advance njamieson@tabertimes.com With the grand opening of the Regional Training Facility next week, the centre’s opening will mark a year of… Read More »

Greg Price Vauxhall Advance gprice@tabertimes.com The recent decision of the Municipal District of Taber to terminate a shared fire service with the Town of Taber… Read More »

Trevor Busch Vauxhall Advance tbusch@tabertimes.com Maintaining pressure for action at the municipal level over the recent decision of the Municipal District of Taber to terminate… Read More »