A brief history on the Gibson Les Paul Junior

Posted on September 9, 2021 by Vauxhall Advance

As previously mentioned in a prior column, I’m a big fan of Gibson Les Paul Juniors. While people may gravitate towards the fancier offerings such as Les Paul Customs, SG Customs, Firebirds, Explorers, or any of the other great guitars offered by Gibson, I love the simplicity of a Junior.

It doesn’t get much simpler than a Junior — they feature one bridge P90 dog ear pickup, one volume control, and one tone control. While you might argue one pickup guitars won’t get as many sounds compared to one with two or three pickups, I’d argue you haven’t tried one of these. The amount of sounds you can get out of a Les Paul Junior with a single P90 when you work the volume and tone controls is really quite extraordinary — you can make it sound like a neck pickup with the right settings.

The Junior was introduced in 1954 as an “affordable, student/entry level” guitar and originally only came in a single-cut body style. Gibson stripped down this model to bare bones — no binding, no carved top, and just a single slab of mahogany wood for the body and neck with rosewood fretboards. In 1954, only sunburst models were offered, but by the following year, Gibson also introduced the “TV Model”, which was identical except for the colour which was a “limed mahogany” finish.

By 1958, double-cut Juniors were offered and colours now included cherry red as well. In the early 1960s, Les Paul shapes began to change to the SG body shape, and so to did Juniors. From 1961-63, the re-named SG Juniors were offered. And after that, they weren’t really mass-produced again for several years, but that doesn’t mean they weren’t popular in the music community.

Many big musicians were known to use some form of the Les Paul Juniors during the 1960s, 1970s, and 1980s including Leslie West of Mountain, John Lennon from the Beatles, Keith Richards from the Rolling Stones, Mick Jones of the Clash, Neil Young, and Johnny Thunders of the New York Dolls. So while they were built to tempt students to buy them, they were getting tons of use from professionals.

And it’s not hard to see why — they sound absolutely killer, largely because of the pickup. The Gibson P90 pickup was built originally in 1946 and became standard in Gibsons until 1957 when the humbucker was created. Early “PAF” humbuckers were designed to sound like P90s without the hum, but honestly, the hum you get from P90s is part of the charm. They’re loud, they’re noisy, and they can absolutely rip on small or big stages. And that doesn’t mean Juniors equipped with P90s are only for rock n’ roll — plenty of musicians from a variety of genres are known to pull out these beloved beauties. From the country realm, Keith Urban and Lukas Nelson can be seen playing their Juniors.

I was first introduced to Juniors in 2004 when Green Day released American Idiot. By that time, Billie Joe Armstrong was using a variety of Juniors, and I immediately fell in love with the look and sound of his guitars. So, from nine years old I knew what my dream guitar was, and after Gibson introduced the Billie Joe Armstrong signature Juniors in 2006 I knew I needed one. They came in three different finishes — sunburst, white, or ebony.

While it took me until 2015 to finally get one, the wait was worth it. I found a 2006 sunburst in mint condition from a now-defunct guitar shop in Edmonton, and while it cost me a pretty penny, it’s a guitar I’ll be buried with. Those signatures originally came with Gibson’s H90 pickup, which is their take on a noiseless P90. I really didn’t like it and went through a few different P90s before settling on the one in there right now, and despite the changes it’s still easily my favourite guitar I own.

In 2019, Gibson introduced a new line of Juniors that had specifications to 1950 models — including actual P90s and in sunburst and ebony finishes. After hearing great reviews, I picked up a used ebony model earlier this year and can confidently say Gibson did a great job with this run. Everything feels great and it sounds just as good. The only change I made was adding amber bell knobs instead of the factory black ones that are on both finishes. The good thing about these guitars is there isn’t a whole lot you can change, so there isn’t much money you can plug into them, unless you want to find vintage knobs, P90, tuners or pickguard. But considering since Gibson did such a great job with the new line, I would argue not much needs to be changed out of the box.

If you’re looking to get into the guitar game, I don’t think there’s a better guitar out there, especially since there are other affordable makers, including Epiphone. And while the new Gibson lineup is fairly expensive, you can still find runs from the early 2000s and 2010s for fairly cheap.’ 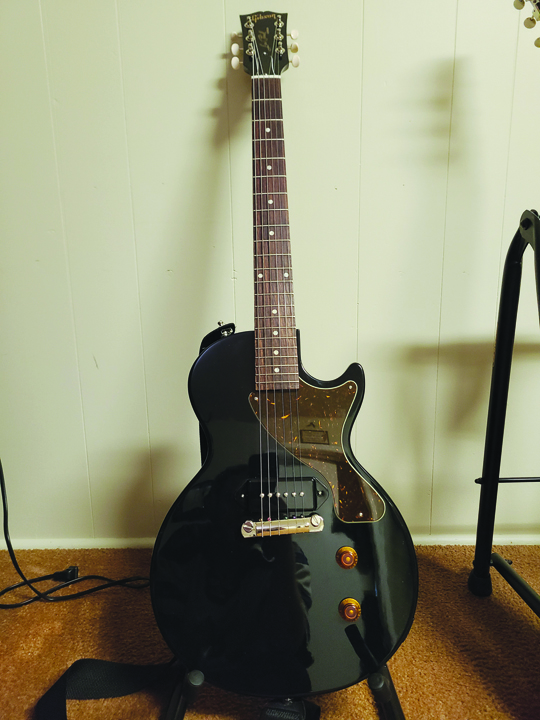