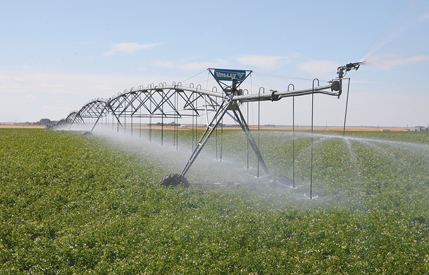 Grassy Lake does not, repeat not, have zebra mussels, and the recent closure of a boat launch there is meant to keep it that way, officials with the St. Mary River Irrigation District said last Thursday.

The rumour, spread throughout fishing circles of an alleged infestation began in late July when signs went up and the dock was closed by SMRID.

The lake, located southwest of Bow Island in the Municipal District of Taber, is currently open for shore fishing and small flotation devices, such as belly boats.

Terrence Lazarus, the GM of the district, said he hopes the closure is temporary, but they can no longer risk uncontrolled access by uninspected boats onto the water body irrigation network.

“There’s random camping there and an unsupervised boat launch, and as part of our (mussel) prevention program, we want all launches to be supervised,” said Lazarus. “That way we have some way of at least identifying boats that are from out of province and asking the owners if they’ve had boats inspected.”

Stopping the spread of zebra and quagga mussels is the subject of a targeted campaign by Alberta Agriculture and Alberta Parks.

A checkstop campaign, complete with sniffer dogs at the Dunmore weigh-station, aims to detect the invasive species, and has made several catches already this summer.

However, the fear of irrigators is that a single boat carrying the invasive species could be missed, and the rapidly multiplying mussels can quickly take over major water systems.

“There are no mussels in our lakes, and we’re not restricting people from going down and enjoying the lake, but we’re asking that someone form an organization that would look after the launch,” said Lazarus.

Boat launches at SMRID’s other reservoirs are managed by private campgrounds, such as at Rattlesnake (Sauder) Reservoir or the local government, like 40 Mile Park, by the County of Forty Mile.

Lazarus hopes that something similar can be arranged at Grassy Lake with either a private or community group or the local government, though after several months of publicizing the issue, there has been no advanced interest.

Lazarus, however, is aware that a large craft could cause millions of dollars of damage to the irrigation system.

Should mussels infect the lake, they could quickly spread throughout canals and pipes, and into other reservoirs.

That would add millions to operational budgets trying to contain them, hurting producers who rely on bulk water piped to cropland.

An infestation would also decimate fish stocks and leave lakes unusable for recreation, he said.

The species have been found in Montana and Lake Winnipeg.

Provincial authorities require boat owners to drain, clean and dry all boats to prevent the migration of the mussels from one body of water to another.

The mussels can live out of water for up to 30 days.