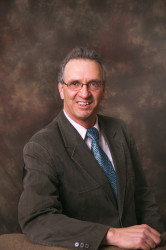 Occupation before politics: I have been a farmer since 1980. I am still a farmer.

Most important issue facing the riding: I see four very important issues (among many):
1. Little Bow is predominantly a rural riding of towns, villages and counties. Obviously health care is a very important issue. A couple of years ago the sitting government cut the number of ambulances in rural Alberta and centralized service delivery in the big cities. The “golden hour” to get to treatment that we used to talk about is disappearing in rural Alberta. Our fire departments are becoming medical first responders as a result and this system is irresponsibly burning out these invaluable volunteers. We need to get down to the business of fixing this health system. It consumes about half of the provincial budget. The Wildrose would start with long term care and addressing the massive bureaucracy of health care. In general terms, those are really good starting points on the long haul to get the system improved and put the dollars back into front-line services.
2. About two years ago the government removed funding for bridges in all of rural Alberta. The counties within this riding all have many bridges throughout their jurisdictions. A bridge includes those big culverts you see under many roads as well as physical traditional bridge structures. Many of these edifices are 50 years old, and in some cases more, and have reached the end of their functioning life. Bridge maintenance and replacement can run into hundreds of thousands of dollars per structure. This cost is now on the backs of the Municipalities. This is crippling to rural Alberta and jeopardizes the vital infrastructure required by our two largest income producing industries: agriculture and the oil & gas sector.
3. And speaking of costs that are on the backs of the Municipalities, the sitting government is starting to pull back on and again delay funding of the Municipal Sustainability Initiative. That MSI funding has been a lifeblood for Municipalities throughout this province. It was originally established to provide a stable, consistent funding program that was to make sure that Municipalities had the financial resources they needed to support their local infrastructure priorities. The Wildrose has a plan called the 10/10 Community Infrastructure Transfer, which allocates 10% of all tax revenues and 10% of surpluses to Municipalities to fund the critical infrastructure we all use every day, from roads to bridges to water and waste water plants and more.
4. The latest PC budget has just thrown the average working class family into turmoil. An increased fuel tax has added 4 cents to the cost of a litre of fuel. Income taxes have increased, a health care levy was added. Taxes and fees have essentially been increased across the board, except for corporate taxes and royalties. If it’s true that we all contributed to the fiscal crisis situation we now face, shouldn’t we all pull our share in addressing it? The average family that just wants to hook onto their trailer and go into the mountains for recreation for a weekend has been hit hard. Tax increases are a huge issue for typical families of this riding and could cost each family upwards of $2,500/year.

What is the most important issue facing the province: Revenues and expenditures. The Wildrose Party is all about standing up for Albertans. Lower taxes, balanced budgets and a savings plan. The PC budget will bring the province into a total of nearly $31 billion in debt. The Wildrose plan means no tax increases, smaller government, economic growth and services focused on outcomes.
If you could change one thing from the budget released on March 28, what would it be: A financial plan that does not punish Alberta families with tax increases. One that adjusts priorities and thereby delivers world-class services and secures jobs, growth and prosperity for our children.
Why should voters chose you: I represent and support a party that has five priorities that lay out a positive vision for the future of our province.
– A financial plan to balance the budget without raising taxes or cutting front line services.
– A patient-centred health care model as opposed to the centralized top-down and inefficient model of today. Wildrose will speed up the construction of Long Term Care facilities which will get rid of the bottlenecks in acute care.
– Education. Schools promised by the PC’s are still unbuilt and classroom sizes are ballooning. However the Wildrose plan will speed up completion of new schools and other major education projects.
– Wildrose will roll back the 30% cabinet raise and the 8% MLA raise that the PC’s passed behind closed doors right after the last election. No more sole-sourced contracting either. More transparency.
– Rural Alberta. Wildrose is a grass roots party. It started from the rural corners of Alberta: the towns, villages and counties. Wildrose will pass a motion to entrench the property rights of landowners into the Canadian Constitution. We will amend Bill 36 to protect individual property rights. We will double water and waste water funding for the next five years through our 10/10 MSI plan.
At the end of the day, if elected, I will take community issues to the Legislature. But I will also take the role of Member of the Legislative Assembly seriously. I believe an MLA’s job is to be accountable and to govern in that same manner. It is an MLA’s duty to take part in government, debate and vote on bills, bring forward the opinions of their constituents and keep informed on government issues. Most importantly, my own personal interests will take a back seat to the interests of the great people of this riding and province.

Favourite quote: You miss 100 percent of the shots you never take. Wayne Gretzky.

The last book you read: Unbroken, by Laura Hillenbrand.