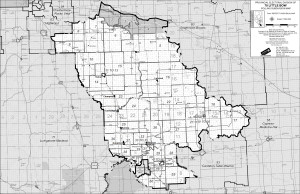 Ray Speaker represented the riding for nearly 30 years and won under five banners. He was elected as a Social Credit member in 1963 and later as an Independent MLA in 1982. He won as leader of the short-lived Representative Party of Alberta in 1986 and then as a PC in 1989 after crossing the floor earlier that year.