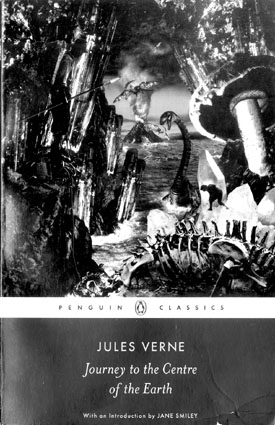 There was a time when calling a novel ‘science fiction’ might have limited its prospects at the dime stands, corner stores and private booksellers that were once the stock and trade of every prospective star of literary society. In the mid-20th century, the label ‘science fiction’ was largely represented in the popular public eye as trashy drive-in ‘B’ movies and overly-flashy nickel paperbacks, plastered with some inane artist’s pipe-vision of the future, replete with garish pastels and alien landscapes.

Although some of this undeserved pop culture prejudice persisted into the last decades of the century, by the 1970s and 1980s, science fiction was slowly clawing its way back into respectability in some literary and screen circles.

Which lies in contrast to some of the roots of its origins, at least partly to be ascribed to visionary 19th century French author Jules Verne, whose unparalleled imagination introduced millions to the idea of mixing fiction with elements of the new scientific traditions that were rapidly reshaping Verne’s world.

Far from the Martian-fearing freckled nerd of the 1950s, Verne’s original readership was as much the cream of French society as it was its more unwashed elements.

By the end of an exhaustive writing career, Verne was a literary titan, almost exclusively due to the huge popularity of his tales of sci-fi adventure.

And unlike many in the genre, Verne’s works have endured the test of time, with new generations re-discovering his fascinating visions of adventure in space, deep under the seas, on the moon, or circling the earth.

One of Verne’s finest works, however, takes the reader on a journey not to the stars or mysterious lands, but down into the bowels of the earth. Journey to the Centre of the Earth (1864) follows a group of intrepid adventurers who stumble on a pathway to the centre of the earth through an extinct volcano in Iceland, and the incredible events and discoveries that ensue before they abruptly make their way back to the surface.

As the wastes of Iceland give way to the claustrophobic interior of the earth, Verne always keeps the reader guessing what will be around the next turn in the tunnel, and in this respect he never disappoints. Reading Verne is like a reader’s own journey of discovery, so to delve too deeply into the plot would be a disservice to first-time readers.

What is continually remarkable about Verne’s works even today is how well they still manage to inspire and fascinate a reader despite much of the scientific speculation being easily recognizable as highly implausible to any modern readership.

Knowing what we know about modern submarines, space travel and the earth’s molten core, reading Verne today does require a reader to largely suspend their disbelief. But getting caught up and swept away in the narrative is one of Verne’s true gifts — and the one which keeps readers coming back for more after almost two centuries.

Verne’s own life, on the other hand, we know little about. The broad strokes are there, but we know virtually nothing about Verne’s motivations, his ethos, what drove him to create his scientific adventures.

This is also compounded by the fact that Verne was heavily censored and edited by his long-time publisher throughout his entire career.

Pierre-Jules Hetzel often demanded extensive re-writes and made liberal cuts to Verne’s work, in many cases allegedly removing much of Verne’s social criticism, humour, and sexual innuendo. It would be fascinating to read some of these works today in an unedited format if that was really the case. Verne’s published versions only rarely touch on contemporary politics or sex, and are sometimes dismissed as being geared for young adults or children. If this was Hetzel’s influence, then it is a tragedy for a modern readership.

Imagine, for instance, reading Verne’s classic Twenty Thousand Leagues Under the Sea (1869) with a more extensive commentary on politics or with more social criticism intact.
Would we learn more about the character and motivations of the mysterious and enigmatic Captain Nemo, which has fascinated readers for generations?

We will probably never know, as Verne’s originals are largely lost to time and Hetzel’s ministrations.

As was often the case, a writer’s work also suffered drastically in translation, and since Verne published in the original French, he was read in other societies through — in many cases — very poor translations that were either loosely unfaithful to the original manuscript, or just plain bad.

This disservice to readers has sometimes persisted into the modern age, and some of the poorer English translations can still be found on many bookshelves around the world.

Many early translations for the American market of Journey to the Centre of the Earth, for instance, changed the names of Verne’s characters. Professor Lidenbrock became ‘Professor Hardwigg’ and Axel became ‘Harry’, while the unflappable eider-down hunter, Hans, strangely managed to retain his moniker without alteration.

And Journey to the Centre of the Earth is hardly unique in this respect. Other works by Verne were often savaged in this fashion — significant passages were sometimes mistranslated or even expurgated — to meet the political or moral sensitivities of the day.

Captain Nemo’s deathbed speech in The Mysterious Island (1874), for instance, was actually re-written by translator W.H.G Kingston to make it less critical of British imperialism.

The modern translation here, by Frank Wynne, is an attempt to remedy the injustices that have been visited upon Verne’s manuscripts by unscrupulous translators over the decades, and is considered to be one of the more faithful accounts of Verne’s original vision.

Ironically, in the 21st century it is books themselves that are becoming science fiction. Or, more accurately, scientific reality.

So-called ‘e-books’ that can be read electronically are locked in a death struggle for market share with the old-school printed novel, and the ‘writing’ is likely on the wall as to which medium will eventually triumph.

Which will be a sad day for bibliophiles, those of us obsessed with the textures, the smells, the rough edges, the stains and worn dog-eared pages, the faded dust jackets of our books — we Luddites who still choose to revel in the beauty of the printed word.

To help conceptualize just how influential Verne was in his own time, and remains today, only Agatha Christie is more translated than Verne, and there are more translations of his works circulating on the planet than those of William Shakespeare or V.I. Lenin.

A thrilling adventure classic and one of the originals of the science fiction genre, Journey to the Centre of the Earth can still drag a reader deep into its depths while remaining prescient for the modern page-turner.