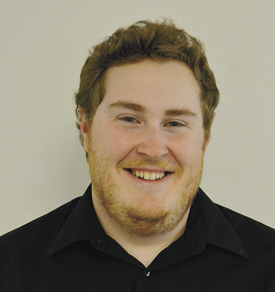 I find writing about myself can be one of the most challenging things to do, but here we go!

I guess I should start at the beginning, I was born in Lethbridge on September 23,1995 but I grew up in Coaldale and I was raised by my parents Mike and Stacey.

Growing up in Coaldale was pretty standard compared to other small towns, but I wouldn’t have it any other way.

I made my way through Jennie Emery Elementary, R.I. Baker and Kate Andrews for K-12 schooling and had an average school life. Of course hockey was the biggest draw in our small town.

I played my entire minor hockey league career as a Coaldale Cobra, we had plenty of bad years but making two provincial runs were some of my favourite memories of playing hockey.

Hockey wasn’t my only sport though as baseball was always my go to in the summer.

Getting enough players to form teams was the biggest challenge when I was young, it’s not that way any more though. That being said, we had some great teams and we won a few banners including one in my final year of senior high school baseball.

Music has also been one of the biggest passions in my life. I started playing guitar when I was nine and I haven’t looked back. Most of the spare money I have ends up going towards bigger and better gear.

One thing I did know was that I wanted to do something with sports, so I thought maybe sports media would be something that would interest me. I ended up going to Lethbridge College for the Digital Communications and Media program. I had no idea what to expect from the two year program, but man, did it really prepare me moving forward in the industry. It really opened my eyes to how many different positions there are in the media industry. And here I am in the media industry as the newest reporter/photographer for the Taber Times/Vauxhall Advance.

Before I end this column I’ll give you some top 5 lists as I’m a huge fan of lists!

1) Mellon Collie & The Infinite Sadness – Smashing Pumpkins
2) The Mark, Tom and Travis Show – blink-182
3) Insomniac – Green Day
4) The Devil and God are Raging Inside Me – Brand New
5) The Dream is Over – PUP