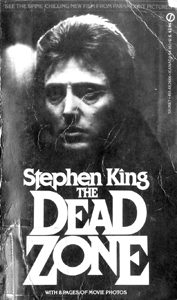 Finding the right book for the right season always seems to be something of an obsession for reviewers and critics the world over, but it’s always resembled an exercise in futility for this observer. Even dropping for a moment the fact that most readers are a far cry from a grey, monotone mass of page turning drones who need and want their literary choices laid out for them, I prefer book selection based on reason, not season.

Who except the most dedicated bibliophile has the time to read this year’s “hot summer list” from innumerable reviewers who all think they know better than you do what modern wisdom you should be inhaling on the drip-sticky days when we’re better off in the pool, rather than the chair beside it? So forget the reviewers (yes, I recognize the irony of this statement) and choose what you want.

In my case, whatever happens to have resurfaced at the top of the pile — that’s the reason part. As for the season, if you like to read about Arctic exploration in the dog days of July, why should that matter to anyone but you? It’s not ‘weird’ or ‘bizarre’ as some people have tried to convince me. So I don’t read what some hack for the New York Times is telling me I should? What a relief that I can think for myself, and I’m still young enough to question authority.

That being said, it appears my collection of old Stephen King paperbacks is more voluminous than on first examination, because it seems inevitable now that when I hit the hills for summer vacation, a crinkled and dog-eared King opus always manages to find its way into the depths of my backpack. In the summer of 2019, it was back to the ‘70s with King’s supernatural thriller The Dead Zone (1979).

I always used to preface any review of King’s works by suggesting that while the New England author is a great storyteller with a vivid imagination, he hasn’t always been the greatest writer I’ve ever encountered. While I still believe that about many of his later works published in the 1990s or 2000s, I’ve discovered that doesn’t always hold true for King’s earlier works, especially those penned in the 1970s and early 1980s. Not being a King expert by any means, I’ve slowly but surely been making inroads into this select bibliography in recent years, and novels like Carrie (1974) and The Shining (1977), among others, have managed to temper my earlier criticism. King’s inaugural works, some written under the pseudonym Richard Bachman, usually retain a polish and a refined grasp of form and style that serves to elevate his works to a point that scratches at the surface of literature.

The one early King novel I’d like to sink my teeth into is actually the work King apparently wishes he never wrote. An account of a school shooting, 1977’s Rage has been associated with actual high school shooting incidents in the 1980s and 1990s. After a final school shooting in Kentucky in 1997 that had some connection to the novel, King apparently actively campaigned to have the book taken out of print. Macabre associations aside, I’ve always found that some of the best books are found on the banned list. While not exactly banned, controversy enhances interest. Apparently used or second-hand copies of Rage can command a hefty price.

King’s seventh novel, The Dead Zone was the first to rank on the 10 best-seller list for the year in the United States, and eventually spawned the 1983 film adaptation starring Christopher Walken, as well as a television series. It follows the uncanny abilities of Johnny Smith, a man injured in an accident who awakens from a coma after five years only to discover powers of clairvoyance and precognition. This gift — or curse — eventually leads him to take drastic action to prevent a rising political star from initiating armageddon at some vague point in the future.

In a sense, King’s novels are usually one of two things: sprawling pan-American mosaics that take the reader on a road trip, or insular New England microcosms that claustrophobically confine much of the action to a fictional New England town, or towns. While not entirely a rule of thumb, The Dead Zone definitely falls into the latter category.

In reading the novel, I found myself dwelling on King’s choice of name for his protagonist, and it occurred to me whether this might not hold a deeper significance. Johnny Smith is pretty much the quintessential everyman’s name, almost but not quite as pedestrian as “John Doe.” On the other hand, most King characters throughout many of his novels usually don’t have exotic names, but are run-of-the-mill Americana through and through.

One of the most interesting aspects of the novel is King’s description and exploration of what might actually occur in a coma state, and if this in some way might allow people to tap into the supernatural or some area of the brain that we don’t yet — even today — fully understand. Who among us hasn’t thought about what it must be like to be in a coma — for days, weeks, even years? Psychologically and physiologically it is something that can probably only be described fully by those who have experienced it. And the fascinating cases we sometimes hear about, of people waking up after years or decades — almost like people out of time — has always riveted people’s interest. King takes the reader on a journey through his mind’s eye on the subject, and although he inevitably brings it back to a dark or supernatural theme — this is early Stephen King we’re talking about after all — his exploration of what the psyche might tap into, or develop, in such a state of depressed consciousness is nevertheless compelling.

What brings the novel out of the age of disco and into the bright lights of modernity, however, is King’s choice of antagonist, the repugnant populist politician Greg Stillson. Smith, through his powers of precognition, learns that Stillson will one day become president and spark off a global war. Not surprisingly, it’s difficult to read about this character today and not find yourself comparing him to America’s current populist heartthrob, Donald Trump. The circus sideshow of his politics, the drain-the-air-out-of-the-room pronouncements, the establishment shifting from laughter to alarm as they watch his rise to power, prejudice against various social and economic groups, sexism and racism — it’s as if King sat down and wrote a blueprint for Trump’s character in office. And the novel’s climax, which ends with Smith unsuccessfully raining bullets down on Stillson while the congressman shields himself with his own child hostage… would anyone really put that past Trump in a similar situation? Maybe not. But I certainly saw a white-blond comb over flailing in the wind.

Sourced from King’s early canon, The Dead Zone is a thrilling exploration of the unconscious psyche, but what elevates the novel for a modern reader is its association with the American political system and the dangers inherent in a populist demagogue.