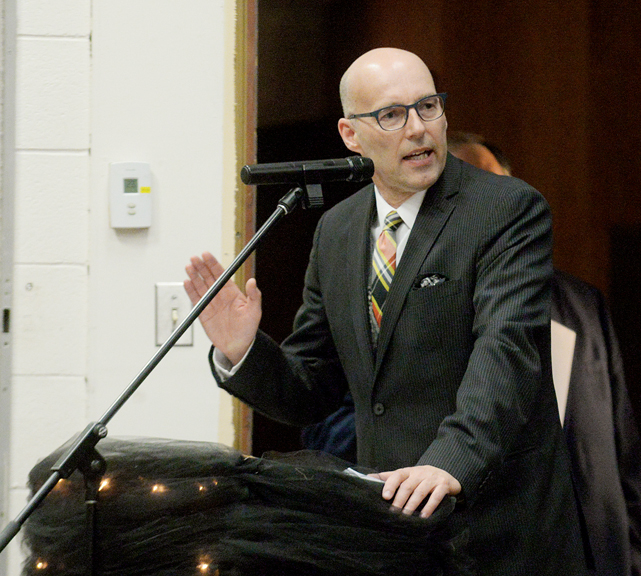 With the provincial budget expected to drop in the fall, Horizon School Division continues to work on their version which has a deadline expiring at the end of next month.

As work progresses, the board was updated on the progress so far at their regular board meeting on May 22.

“There is a lot of shaking the Magic 8 Ball. There is a lot of uncertainty,” said Phil Johansen, associate superintendent of finance and operations on the lack of provincial budget to draw from.

After an extension pushed the budget deadline to June 30, Horizon administration has been hard at work trying to get things in order.

One of the larger items being addressed revolves around a balanced budget after several years of running deficits due to modernizations at Horizon schools.

“This is going to be the fourth year of significant deficits that the board has run. We know we have to correct that. Our reserves have shrunk significantly so we are pushing for a balanced budget. Right now, schools are going through their budgets and we will have a more clear picture at the next board meeting. Even still at the next board meeting, there will be some significant unknown items that we have to make our best guess at,” said Johansen.

A big reason for the board dipping into reserves over the past few years was due to several large modernization projects throughout the division.

Barnwell School and Warner School were both led by Horizon as full modernizations while D.A. Ferguson/W.R. Myers are currently in the midst of an Alberta Infrastructure-led partial modernization.

“If you want to go over the past five years, we have spent probably $8 million of your reserves. You spent an awful amount of money on good things to help kids, which really is what the money is for,” said Wilco Tymensen, superintendent of schools.

As portions of the Horizon budget will feature estimations due to the provincial budget not being available, administration realizes there may be some changes needed closer to fall.

“Even if we talk about the notion of a balanced budget and an assumption of where we go provincially, I think most people know the UCP election platform in regard to education was more along the lines of no massive cuts. Even if they keep budget the same, there is an assumption that is okay but a budget that is the same is actually a cut. The reason being, there is significant enrollment growth in this province. Some jurisdictions have 2,000 or more kids. I think Calgary is projecting to be around 2,000 if I am not mistaken,” said Tymensen. “Provincially, it may be around 15,000. So imagine 15,000 new kids, where does the money come from to put teachers in front of those kids? So when they say there is no cut, is there actually an increase? Some schools will need more money to operate because they will have a lot more kids. If you think about 20 kids in a classroom and you have 1,500, that is about 70 teachers.That is almost $800,000 they need just to staff. The question becomes, does no cut include funding for growth?”

While many schools divisions in the province may be expecting a new influx of school-aged kids, Horizon isn’t one of them.

With a projected decline in enrollment coming for the 2019-2020 school year, the division will see a decrease in some revenue based on school numbers.

“Our jurisdiction has an anticipated decrease in enrollment. So, as we look to balance the budget, there is unforeseen revenue and there is also some foreseen reduction in revenue because we are losing kids,” said Tymensen. “As we build our budget, we will be communicating what some of our assumptions are. Our assumptions, as an example, would be that per people funding is the same so for us, that means less money. There are other costs that go up as well.”

Staffing has also been a big discussion from administration.

With temporary positions filled closer to the beginning of the school year, that may be pushed to a later date this year once the provincial budget is released.

“Should this government make cuts, we will know in October. Many positions in this jurisdictions are actually filled in September, they don’t get hired in this part of the year. People on temporary contracts already know when they are hired that those contracts are for a fixed term and they may or may not be hired for the next year. Typically, when those contracts expire in June, we hire in early September. Our assumption is we may not be hiring in early September. We may be hiring in October once we know what the budget is for some of those positions. There will be communication between schools, administration and staff for those individuals,” said Tymensen.

While temporary staffing will happen later, administration has started to move forward on other staffing.

The original plan in regard to staffing was to hold off on this regard until summer, though administration had discussions and decided to change their plans.
“Anita (Richardson, associate superintendent of programs and human services), Phil, Amber (Darroch, associate superintendent of learner services) and I had spoken about holding off on staffing until we find out more information. You don’t want to be making those decisions without information. As we started hearing that the budget was coming out in October, our comment was ‘why hold off?’. What new information are you going to find in two weeks? Anita has been moving forward with staffing because what we knew last week and what we know this week, is probably what we will know at the end of the year. Instead of waiting till June 30 and doing all of our staffing in the summer, we said ‘let’s go forward.’ Once we get real information, we may have to adjust accordingly,” explained Tymensen.

The Horizon board will be presented with the 2019-2020 budget at the next board meeting on June 26.