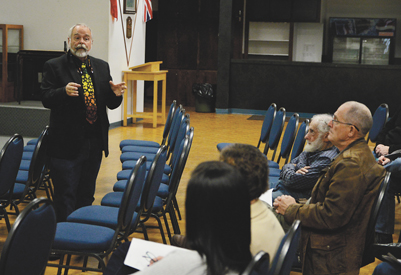 Bow River MP Martin Shields was blunt in his estimation of the federal Liberals’ record in attempting to resolve the escalating trade/diplomatic dispute between China and Canada.

Canada’s relations with China took a steep nose dive in December 2018 after extradition proceedings were initiated against Meng Wanzhou, a top executive with the Chinese telecommunications firm Huawei, following her arrest and detention in Vancouver. Wanzhou faces charges in the United States of fraud and violating international sanctions against Iran.

In the weeks and months following Wanzhou’s arrest, Chinese officials have suspended all Canadian meat export certificates, blocked imports of Canadian canola seed, and detained two Canadians — all based on claims and evidence cited by China that is disputed by Canadian officials.

Shields sees little evidence the Trudeau Liberals have implemented an effective plan to resolve the difficulties that have erupted in the wake of the diplomatic crisis.

“Well number one, we should have an ambassador. We haven’t had an ambassador for a long time, who is our senior spokesperson in the country, speaking for us — we haven’t had one. Why haven’t they appointed an ambassador? I don’t get that. There’s our senior spokesperson on the ground, connecting with their officials, and we don’t have one. Number two, on the trade issues, we can’t sell our durum wheat to Italy, our lentils have tariffs in India. China is another one that we can’t seem to get resolved. Canola was first, then pork, then beef, what’s next? We need to get the China issue resolved, but again, they don’t appoint an ambassador to take the lead on this. They need to do something, and they’re not.”

While acknowledging that China is now a giant on the world stage — harbouring the globe’s second largest economy — and that Canada’s actions may only have limited success in applying pressure to resolve the dispute, Shields believes there are many ways that Ottawa could exert influence over Beijing’s intransigence.

“There’s nobody in the world that doesn’t realize that the economy of China is huge. It really is — nobody would deny that. But when you fail to exert your position, in the sense of you keeping talking to us about the science — we know it’s not about the science, we know it’s about the politics. When you need to take a stronger leading position, I think there was opportunities for this government to do that. It’s tough dealing with the biggest guy out there in the sense of their trade capability — we’ve got to take different positions, because this one isn’t working.”