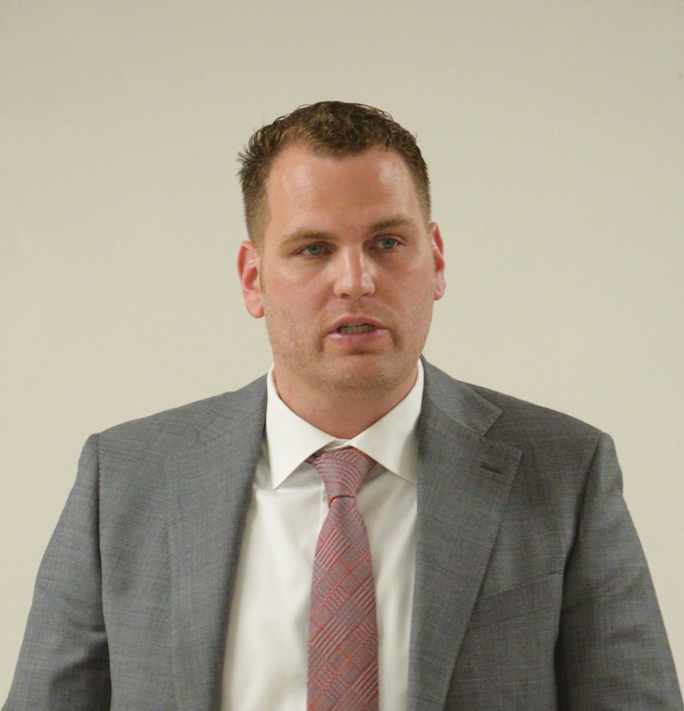 Last week saw the drop of the provincial budget from the United Conservative Party.

Reactions have been all over the map in terms of support across Alberta, but members of the UCP are confident in the steps the budget is taking to get the province out of debt.
“It’s a great budget, we’re very excited about it. It was another of our campaign commitments and it puts us further on track to keeping our promise,” said Cardston-Siksika MLA Joseph Schow in an interview with the Advance late last week, while also stating reception from constituents has been positive. “People are really excited that we are taking the measures and I think this is the first budget we have seen with spending restraint since 2005. Albertans aren’t dumb, we know this is a tough financial situation and there are a number of factors involved in that, not the least of which was the previous government. We know we can’t keep going and spending without any thoughts of the future.They’re happy we took measured steps to reduce our spending and try to get our pocketbooks back in order.”

While the deficit is still expected to rise over the next few years, the UCP is projecting a surplus of around $584 million by 2023.

“I’m quite confident (in reaching a surplus by 2023). In having conversations with the finance minister, our projections are fairly conservative. We recognize that we are looking at potential worldwide recession and there are a number of factors at play. The price of oil has a lot to do with it but this budget isn’t based on rainbows and unicorns, it is based on real numbers that we expect will transpire or come to fruition in the next four years,” said Schow. “When we put this budget together, we were conservative in recognizing that oil isn’t going to be at $120 per barrel in 2022/2023 and we have to be cognizant of factors like that. I’m happy with the projections and I think they are realistic in having a spending decrease of under three per cent is very respectful and reasonable.”

A concern for local municipalities including the Town of Vauxhall and Municipal District of Taber is the cut to the Municipal Sustainability Initiative (MSI).

“Now is a time to start changing how we do business in general. It certainly would be nice to maintain levels of MSI where they are at, but the reality is that we have to rein things in and we have to get creative. With MSI, like other places, is seeing a reduction but in general, the towns all knew the situation we were in and they realize we had to make some decisions…I am looking forward to visiting with them and hearing their feedback but prior to the budget, most feedback from the counties and towns was ‘we just want to know so we can make our long-term projections.’ Now that they know, we can work together to make sure locally, Albertans are getting the best services possible and the municipalities are being supported by the provincial government,” explained Schow.

With rural crime continuing to be a major talking point across the entire province, the UCP budget also brings the funds to hire 50 new prosecutors.

“It was long overdue. The NDP talked about rural crime over and over and over, but they failed to do anything about it. We are seeing people being released because things are taking so long and people aren’t seeing justice in some respects. I think having 50 new prosecutors is going to reduce the wait time in the queue to get people before a judge. Just recently, we saw the fake protestors, the trespassers, go into Jumbo Valley Farms without any information and they were arrested. We need to bring people who run roughshod over the law to justice and I think this is a great measure to do just that,” said Schow.

One of the bigger hit areas is post-secondary education which is seeing the five-year tuition freeze lifted as of Jan. 1 2020.

On that date, Alberta post-secondary schools will be allowed to raise tuition by seven per cent and up to 10 per cent in individual programs over the next three years.
Post-secondary spending is also seeing a cut by 12.5 per cent which is around $4.8 billion over the next four years.

“We have to hear what students say but we have to get our financial house in order and university students recognize that education is an investment. I think they see it the way as I did when I went to university and I took out student loans to do what I had to get my degree and I’m better for it. I think we are all trying to make sure we are investing for our future,” stated MLA Schow.

With $610 million going towards environment and parks, the UCP is going to implement the Technology Innovations and Emissions Reduction (TIER) Program which is being developed to help reduce emissions ‘by focusing on large industrial emitters.’

TIER will also be used to research improved technologies for oil sands extraction, reducing emissions and helping energy-intensive facilities innovate to stay competitive.
“These are all tactics within the larger strategy in taking action on climate change and I believe this government cares very deeply about the environment, in being responsible and sustainable in all of the things we do. The TIER program is one that will help us do that. I’m excited, but I have not seen the TIER legislation. The minister of environment will be tabling that shortly,” continued Schow.

Overall, Schow is confident this budget will get the province back on track.

“Albertans are happy that this government is taking measured approaches to balancing the budget. Not only are we trying to be more fiscally responsible but we are looking at ways to do things differently, now is the time. With the track we were on with the NDP government, we were careening down the rails to $100 billion in deficit or more and it just wasn’t sustainable,” he said. “Once you get to that point, or further, your options become significantly reduced to address the issue of the gap and the ballooning interest payments we are sending to bondholders overseas. Now is not only the time to show spending restraint and balance the chequebook but also to analyze how we do things in general and try to change those. I think one of the measures is the red tape reduction file. That file, in particular, is going to look for ways to be more efficient and how government operates. The health ad education files are the same but we had to look at it and say how are we going to best serve Albertans?”