M.D. rec facilities starting to open to public next week 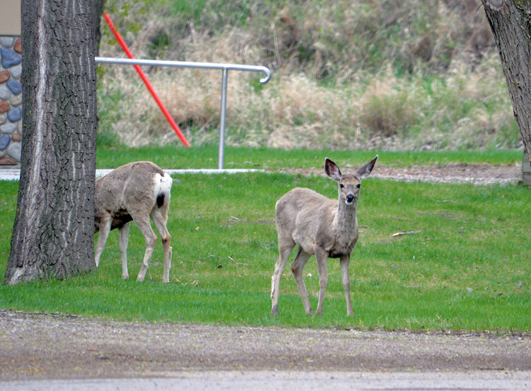 Things are finally starting to open up after COVID-19 forced things to slow down in early 2020.

Come next week, the Municipal District of Taber will see many of their recreation areas open up to the public after delays were set due to the pandemic.

At M.D. council’s regular meetings held on May 12 and May 26, council discussed how they hoped to see their facilities reopen as the provincial government has given some guidelines as to how it should be done.

“We are fielding a significant amount of inquiries and it wouldn’t surprise me if councillors were as well,” said CAO Arlos Crofts at the May 12 meeting.

On May 19, the M.D. commenced stage one of the reopening plan.

The M.D. Park sees construction workers/contractors have the opportunity to use the campground portion if working in the area, one trailer per site, water taps are closed, only RV’s and trailers with bathroom facilities are permitted, the tenting area is closed, fires are permitted only in your designated campsite, all M.D. buildings are closed to the public and registration is done at the campsite by the park manager/host.

Enchant Park is also following all regulations and phases set by the M.D. Park.

The same guidelines are also set at the Grassy Lake and Hays campgrounds while the Forks boat launch was opened May 13 but no camping is permitted and no fires.

“I never would have thought a few months ago it would be so tough to re-open our facilities, but it is pretty tough because every time you try to do something, we are tied to another liability or laws or policy somewhere between us and the province,” added Jason Bullock, director of agricultural services.

Additional signage will be placed around the recreation facilities and the park host at each campground will be around to maintain the rules set by the M.D.

“We have spoken to the RCMP, and obviously, their primary goal is always going to be Criminal Code and some months are very busy for them. As summer comes, historically, as an RCMP officer, that was always our busiest time. Peace officers are working mostly day shifts, they have shifted schedules very frequently to cope with some of the COVID instances,” added Kirk Hughes, CPO sergeant and director of community safety.

“Can those CPOs be in all of those parks? No, there are only two of them, three if you count me and there is just too much ground to cover in between. We will do our absolute best to respond to any complaint or request from the park host and do our best to maintain order there. However, on some afternoons, weeknights or weekends, that may be very difficult to do.”

On June 8, the M.D. will commence stage two which will see these areas opened up to the public.

M.D. park will be open to the public for recreation camping, one trailer per site, water taps are closed, only RV’s and trailers with bathroom facilities are permitted, the tenting area is closed, all M.D. buildings are closed to the public, self-registration will be done at the main kiosk to the campground.

In terms of the day-use area, stage two sees no fires allowed in the day-use area, camp kitchens, picnic tables, outhouses and playground is open at your own risk, water taps are closed and so are the beach volleyball courts.

At the Grassy Lake and Hays campgrounds, it will be open to the public for rec camping, every other stall is closed to create distancing buffers, one trailer per site, water taps are closed, only RV’s and trailers with bathroom facilities are permitted, the tenting area is closed, playground equipment is use at your own risk, all M.D. buildings are closed to the public.

Baseball diamonds at the parks will be open with use of social distancing and no groups exceeding 15 or more.

The Forks will still have no camping or fires permitted.

In the future, stage three would see normal use of campground facilities and day-use area facilities begin and the Grand Forks would start to allow camping and fires allowed in fire rings if there is no fire ban.

A motion to accept the proposed stages of the opening was carried unanimously.

Later at the M.D.’s May 26 meeting, council was further updated on how the provincial government was readying for reopening.

“(On) Friday, May 15, the province changed the mass gatherings group number from 15 to 50 for outside gatherings. With this announcement from the province, it would be feasible for us to also follow suit and allow the same ability in our parks and recreation areas,” reads administration’s report.

Council carried a motion to allow the proposed changes to the Municipal District of Taber Parks and Recreation areas reopening guidelines as the province of Alberta strives to re-open the province by changing and updating the COVID 19 health guidelines.