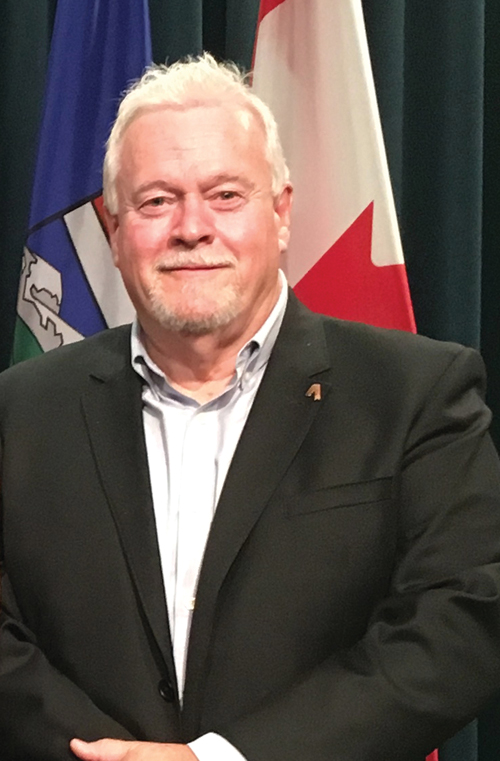 Intentions by the provincial government to lay hands on a substantial surplus in the Victims of Crime Fund (VOCF) and reallocating these dollars into more police and prosecutors on the ground is drawing a stern rebuke from a provincial victim service association.

Proposed government changes to the manner in which victims of crime or tragedy are being served in Alberta has been debated through the Victims of Crime (Strengthening Public Safety) Amendment Act, known as Bill 16, which was introduced by the UCP in late May. The VOCF is in a surplus situation and at last estimate, the fund had an excess of $74 million.

“Once the legislation is in place — the amendment passes — then the minister (Doug Schweitzer, Justice and Solicitor General) has access to that money that’s sitting in there. And the intention in spending that money is on more policing and more prosecutors, based on the community consultations he did around the province, the town halls that he held,” said Alf Rudd, president of the Alberta Police Based Victim Service Association (APBVSA).

“We tried like crazy to get a meeting with the new minister when the government was formed so we could (move) our position forward and tell him about the work that we do, and were unsuccessful in three attempts to get a meeting set up, and just wouldn’t respond to that. We did get three of our senior staffers, through another connection, a half hour phone meeting with him, but that was pretty much unproductive. So we tried — some of these town hall meetings, let’s go to those — I tried to register, but the registration was closed down online. So one of our members attended the meeting, and once they found out at the door that our member was a service provider, they said ‘no, this is not for service providers,’ and wouldn’t even let us go in. We were really concerned with that.”

Victims of crime programs are funded by the VOCF, which is sustained by an added fine surcharge on conviction for an offence in Alberta against provincial laws and the Criminal Code. The funds are not tax dollars. The province also increased the victim-fine surcharge in April from 15 to 20 per cent.

Rudd believes poaching the VOCF for public safety initiatives, such as hiring more police or Crown prosecutors, will come at a cost to victims of crime in Alberta.

“The results of the consultation (town halls) was a lot more police. Well, that’s easy to cheer, but did you tell them at what cost it was going to come? That money that’s earmarked for victims of crime is going to be clawed back? Did you tell them that? Did you tell them ‘oh, hey, by the way, I’ve already taxed you’ — municipalities and counties are now paying a policing bill in rural Alberta that they didn’t pay before — what about that money? What are you doing with that money? You increased the fine surcharge by five per cent, what about that money? How many times are we being asked to pay for the same thing? Now, just because that surplus is sitting there, it’s tempting. He (Schweitzer) just needs to have a change in the act and write himself a cheque. We find that very unfair.”

The surplus funds in the VOCF should remain dedicated to helping victims of crime through various support programs, asserts the APBVSA.

“We’ve been working hard for that last two years to come up with a solution on what to do with that surplus that is there,” explained Rudd. “We have units that are still holding pancake breakfasts, and raising money, and asking for money to come in from government authorities, and all at the same time money is sitting there and not being used,” continued Rudd, who also serves as program manager for Taber/Vauxhall Victim Services. “Those are the kinds of conversations we wanted to have but didn’t have an opportunity to have with this government. We were holding them previously, and we were making some progress, but it just got shut down. The UCP already put in 500 additional officers, and put in the rapid force, and wanting to expand the authority of other enforcement agencies…and then taxing everyone, and now coming after this money. Where does it end? You can have a lot of officers, but why don’t we tactfully use the ones that we have? It’s not how many, it’s how you use them. We know that property crime statistics are going down in rural areas. It’s not a huge change, but it’s going in the right direction.”

The concept of having more police and prosecutors on the front lines may sell well politically, argues Rudd, but it may come at a substantial cost to programs for victims in the province. And he added the VOCF has been adequately managed up to this point.

“Robbing from frugal, judicious Peter to pay the greedy, flashy Paul. There’s a lot of showmanship. That plays well, when you’re saying I’m going to bring you more law enforcement,” said Rudd. “But once you take from Peter, it’s gone. This whole funding structure that was set up with the funding coming from the fine surcharge, I think there was some prudent stewardship of that money, and what’s wrong with that? Why does that have to be upset? Why can’t that go to guarantee a future? That’s a theme that’s been played before in Alberta with the Heritage Trust Fund.”

Rudd, who has also served previously as chief of the Taber Police Service, believes there will be no immediate impact on crime reduction by putting more boots on the ground, as this is traditionally a 14-18 month process.

Bill 16 had its second reading carried on June 10. Committee of the Whole was adjourned June 16.