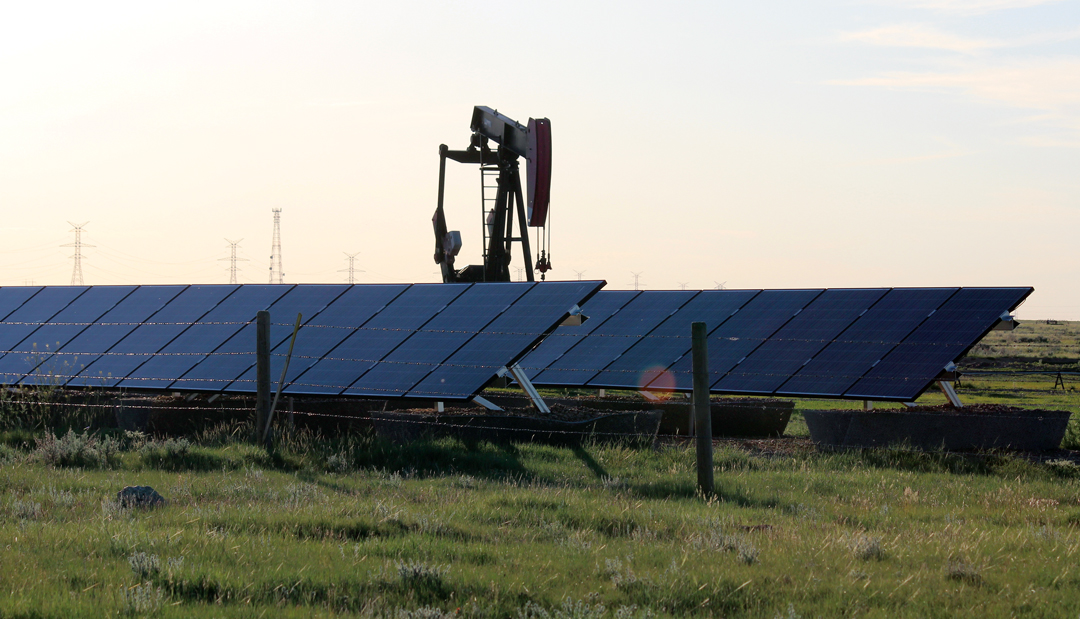 The group proposing small-scale solar arrays as a solution to abandoned oil and gas well leases has secured funding and sites for a pilot project in southeast Alberta.

RenuWell announced Monday that between two to four sites in the M.D. of Taber will be converted over the next year through a multi-faceted partnership that includes irrigators and Medicine Hat College.

“We’re very excited about the potential of this project for our province, and our country,” said Hirsche.

He estimates that if 10 per cent of Alberta’s 90,000 inactive well sites were converted, the program could by itself meet the province’s 2030 environmental goals for power production.

Hirsche had said in the spring he was close to announcing a pilot project to take over several reclaimed oil and gas leases, installing several acres of arrays on the plot that would connect to existing power lines and roads. RenuWell would then enter a new deal with the landowner for lease payments, and pay taxes while earning a profit on power sales.
“The goal here is that it reduces costs (to abandon wells) and build solar sites, and less money spent means more wells get cleaned up,” Hirsche said. “These sites, there’s nothing happening on them and they are costing the province money, either through the Surface Rights Board or the (federal) cleanup fund.”

The key partner in the project is Irrican, the power company owned jointly by the St. Mary River and Raymond irrigation districts.

It will put $1.5 million toward the project, but states it would earn an estimated $224,000 per year in power sales over 25 years.

Canadian Solar, the Ontario-based panel maker and large-scale developer, will contribute $700,000 of in-kind materials. The company’s Suffield Solar Project is nearing completion and has three more utility-scale projects in Hays, Jenner and Tilley planned. RenuWell’s partnership agreement is to build 2 megawatts of capacity, which Hirsche says can be accomplished on two lease sites. Initial sites are located near Barnwell and Fincastle, including at least one from the Alberta Orphan Well Association inventory.

He believed regulatory approval could be obtained this fall and construction is set to begin next spring. Developer and installer SkyFire Energy, Iron and Earth worker’s training group, and Alberta Innovates are also partnering on the projects, according to a release from Iron and Earth.

That group will partner with Medicine Hat College, according to the release, to put on a five-day “rapid upskilling” program for oilfield construction workers so they can participate in the new construction. A grant from the provincial government-funded Municipal Climate Change Action Centre helped pay for community engagement and local government policy development.

RenuWell suggests well sites that are set to be abandoned are flat, connected to power lines and road, which make them well suited for smaller panel arrays to feed either local power systems or irrigation pivots.

The new enterprise would take over sites, lease agreements and taxes during the reclamation period and going forward once wells are permanently closed.
That would reduce recurring costs to petroleum producers that can last for up to five years once physical decommissioning is complete.