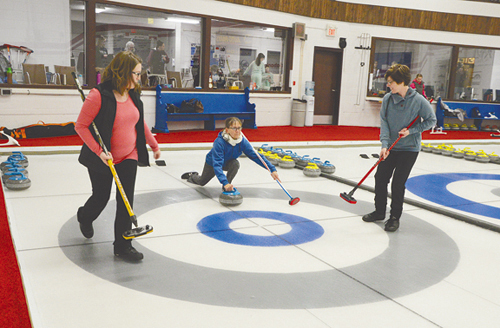 A few changes are being requested by the Vauxhall Curling Club regarding the agreement with the Town of Vauxhall. During town council’s regular meeting held on Feb. 22, the changes were brought forward for council discussion. One topic was around payment and late fees applied that are stated in the agreement.

“It says late fees will be applied and payment shall be due within 30 days. They are looking for a lenience on that and that’s not a big deal for the office,” explained CAO Cris Burns.

“If you guys (town) are printing it out on June 14, it says it is due on June 14. That was where the problem was. We were getting the bill and it was already past due,” said Coun. Kim Dorin, who has been involved with the curling club in various roles.

Administration explained the date on the notice was the day they pay the bill and the club has 30 days after that.

“We never charged the penalty from the bylaw for 30 days either — unless it was 30 days late from then,” explained Mindy Dunphy, assistant CAO.