Posted on November 17, 2022 by Vauxhall Advance 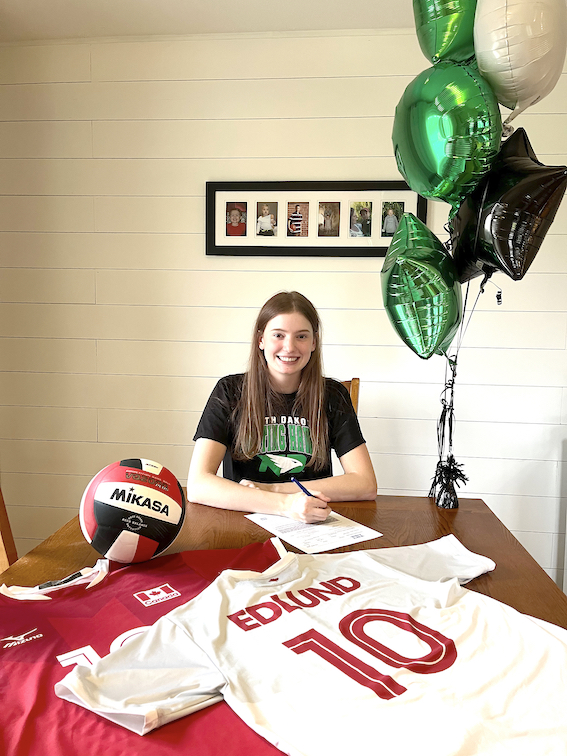 Local volleyball standout Olivia Edlund has officially committed to the University of North Dakota Fighting Hawks for the 2023-24 season.

Edlund has been with the Vauxhall Queens, which have been a perennial powerhouse in southern Alberta volleyball. Along with the Queens, Edlund had been competing with the 2022 Canadian National Excellence Program, Edlund is moving ahead with a new team and a new challenge in North Dakota.

In terms of why she chose the Fighting Hawks, Edlund stated in a press release it was an easy choice because of everything UND offers.

“I chose UND for the coaching staff, team atmosphere and community of Grand Forks. I loved the support and it felt like the right fit from the very beginning,” she said.

By adding the 6’2 outside hitter to the squad next season, head coach Jesse Tupac explained what she’s bringing to the team.

“We are ecstatic to have Olivia joining our UND volleyball family. Olivia is an outstanding learner and athlete and will be a standout in her class and in this program for many years to come. Her time playing with the Canadian National Team NEP program will be invaluable as she acclimates to the collegiate level.”