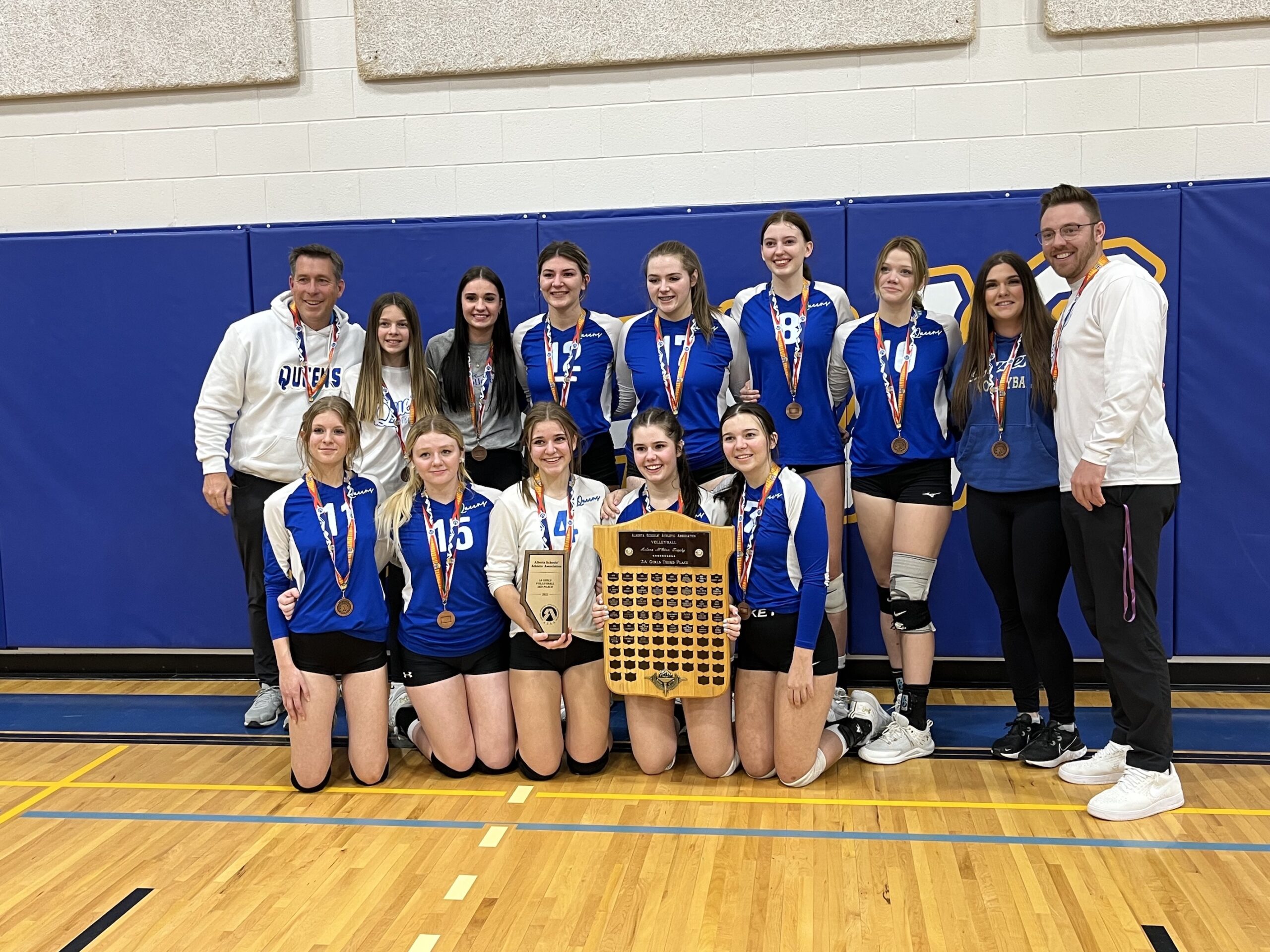 The Vauxhall Queens have wrapped up yet another volleyball season and it’s been one that won’t be forgotten for some time. The Queens are traditionally a powerhouse in not only southern Alberta, but across the entire province, and this season was no different. Despite some hurdles late in the season, the group was able to get through zones and into provincials where they finished with a bronze medal.

“We had a great season and we were very successful all year. We ended up running into some pretty significant injuries and some sickness towards the end — it really pushed us to the limit. The girls battled through and I think that’s what they did all year — they’re kids that showed up every day and would compete. Practices were fantastic and they were those kids that loved the game and they would work. Some of them, it’s their Grade 12 year, so it’s been a pleasure for three years to see how dedicated they are to the sport,” explained Scott Reiling, head coach of the Queens. “It was a situation where I don’t think I’d be far off in saying we were one of the strongest teams in the entire province and we ran into a significant injury, some sickness, and we were like ‘uh oh, are we even going to get out of zones?’ We battled hard to get out of zones — we lost in the zone final — but we were thrilled because we weren’t sure what our team looked like going into that. We had a Grade 10 who wasn’t a setter all year, she had to step up and start setting and she did a fantastic job.”