The challenges in bringing baseball back to Montreal 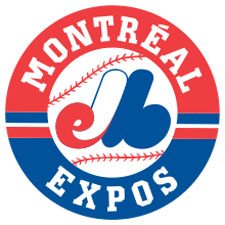 It’s been over 16 years since the Expos called Montreal home.

After the 2004 season, the Expos became the Washington Nationals after the MLB relocated the team.

Since then, Montreal has been without a major league team, but it sure seems like the chance at reinvigorating the Expos is becoming more of a reality.

There are major hurdles in order for that to happen, of course — namely the building of a new stadium — but with talks of the Tampa Bay Rays looking into splitting their time between the Bay and Montreal in the near future, it’s certainly a possibility professional baseball will return in some capacity.

Rays chair Stuart Sternberg told the Tampa Bay Times late last year by 2028 the “only option” in his mind will be to split time between Tampa Bay and Montreal.

The team’s lease with Tropicana Field is set to expire after the 2027 season.

Would anyone actually be surprised to see the Rays permanently relocate to Montreal though?

Tropicana Field is a dump and the interest in Rays baseball seems to be bottoming out, though that could change after the team made it all the way to the World Series last season.

The Rays have been very good for the past several years and not counting last season, the building is rarely packed beyond opening day.

And while Tropicana stinks, Montreal’s only viable option at this point (Olympic Stadium) is far from an upgrade.

Talks around a new stadium in Montreal have gone on for what seems like forever, but no new developments or plans have been brought forward to be approved.

Until that time, no permanent team will be instated in Quebec, but since there seems to be genuine interest on both the baseball side and from fans in Montreal — how long until it’s announced a new stadium is being constructed?

Of course, there’s plenty of issues stemming from building a multi-billion dollar facility, just ask Calgary residents about the new arena/facility to replace the Saddledome.

What needs to happen is an ownership group that is willing to foot the bill to construct a new stadium and prove to the MLB a team can be viable and sustainable in Montreal.

Not putting costs on the backs of taxpayers should be the number one priority for any potential owner wanting to bring baseball back to Montreal.

I think if you were to move the Rays up to Montreal permanently, having them in the American League East with the Blue Jays would be the smartest move to garner interest from casual fans.

Considering the Expos were in the National League East in the past, matchups between the only two Canadian teams were few and far between, as interleague play is limited.

But if they line it up so they are in the same division, they would play a ton over the 162-game schedule and I guarantee it would lead to big numbers on TV and in ticket sales.

Putting any second potential Canadian in a position to play the Blue Jays lots is a winning formula.

That being said, I would feel for any Rays fans in the Tampa area if the team were to be relocated.

It’s arguably the worst thing that can happen to any fanbase, but they are in a similar situation to the Expos in the early 2000s — where their fanbase isn’t overly big and they need a new stadium.

Much like Winnipeg Jets, who were moved to Pheonix under a similar circumstance in the 1990s, the team was brought back to big success after the Atlanta Flames — I mean Thrashers failed yet again.

I think the same can happen in Montreal.

And they’d have to be called the Expos again, wouldn’t they?

The logo, jerseys and team name are already perfect, so why mess with that?

I barely remember the Expos at this point, but having another Canadian team within the MLB would be awesome and it’s long overdue.

Vancouver would also be great for a third team down the line, but that’s getting ahead of ourselves.