VAB split weekend series as they prepare for Kelowna tournament

Posted on September 23, 2021 by Vauxhall Advance 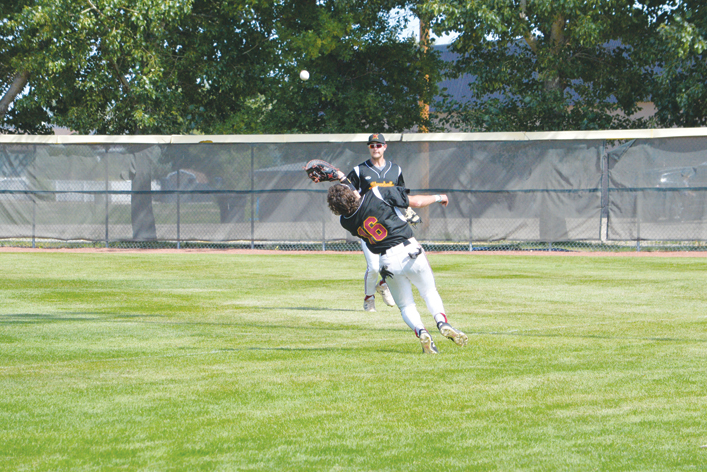 The Vauxhall Academy of Baseball returned home this weekend for a pair of doubleheaders.

With Prairie Baseball Academy out of Lethbridge and the 2SK Performance Academy out of Regina in Vauxhall, the Jets were able to get a few games in as the beautiful fall weather continues.

In the first game of the weekend, VAB hosted the PBA.

After a 0-0 tie through the first three innings, PBA’s offence exploded in the final frames as they won 12-3. Drew Lenehan got the start and went three innings only allowing one hit, one walk, and striking out three.

From there, the bullpen took over with Mason DeRuyck and Demitri Shakotko going the rest of the way. Shakotko went two innings allowing only one hit and he struck out one.

After a tough first game, the Jets bounced back in the second game of the day where they faced off against 2SK.

The Jets offence would go off for 10 runs, while the pitching and defence were solid only allowing three runs.

After Stewart, Brett Getz continued the great pitching for the Jets as he earned the save and went three innings with only two hits, one walk and four strikeouts.

Heading into Sunday, the Jets prepared for a doubleheader against PBA.

The third game of the weekend saw an 8-4 victory for the Jets on the back of Karter Andersen earning the victory after going four innings, allowing two hits, one earned run and two punchouts. Matt MacKenzie went the rest of the way and earned the save going three innings, allowing one hit, one run with a walk and strikeout.

The bats were hot once again for VAB as Dick went 2-4 with a home run and three RBI, Wheatley was perfect going 2-2 with a double and a pair of RBI, while Carson Boyko was 2-4.

While the bats were hot for the previous two games, PBA pitchers cooled them right down for the final game of the weekend as the Jets could only muster one run in a 7-1 loss.

Garrett Smith started the game going three innings allowing four hits, three earned runs with three walks and five K’s.  From there, Parker Austin threw two-thirds of an inning allowing a run, Keegan McNeil threw one and a third inning allowing two hits with a run, a walk and a strikeout, and Wheatley finished things off by going two innings with a walk and three strikeouts.

Offensively the Jets only managed four hits from Cardel Dick, who was 2-3, while Wheatley and Bendfeld each had one hit.

This weekend, the Jets are off to Kelowna for a tournament.