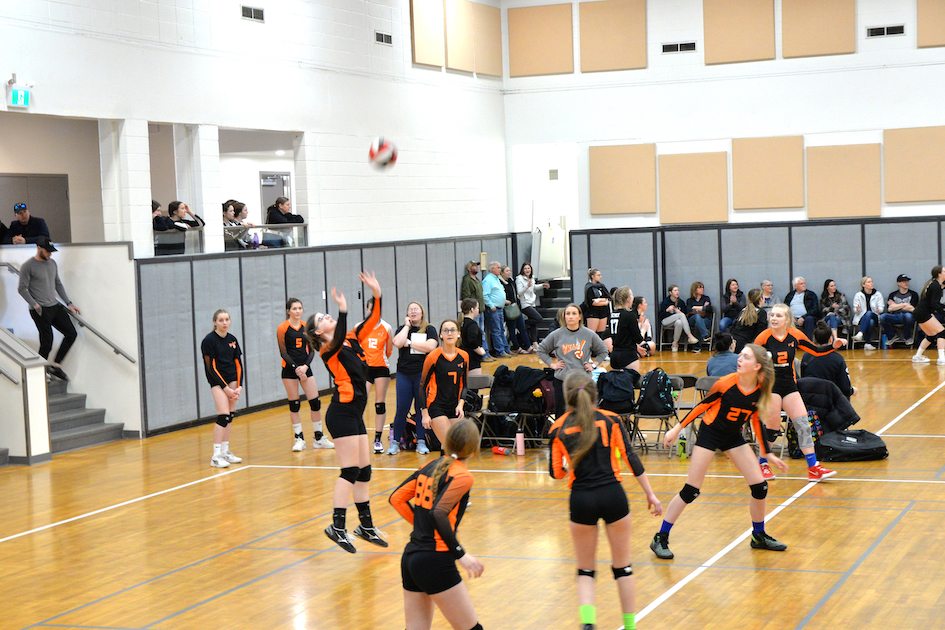 This weekend saw the Taber U16 Wham come home to compete in a tournament in Taber at the community centre. After a second-place finish at the Brooks tournament the week prior, Wham were looking to avenge that loss and claim a gold medal on home turf. The tournament started strong for Wham as they were able to claim a pair of wins, but Ace of Diamonds from Lethbridge continued to have their number. After beating out Wham in the final of the Brooks tournament, the team once again was a thorn in the side of the Taber team.

“The beginning of the day saw us go 2-1 in pool play, losing one game to the Ace of Diamonds, earning us second in our pool. We defeated the Venom club from Medicine Hat in the quarter-final,” explained coach Carolyn Siemens.

After a strong round-robin and a win in the quarter-final, Wham found themselves in the semi-final against a familiar foe — the Brooks Rush. Wham claimed a win against the Rush at their last premier in Calgary, both teams were eager to hit the court against each other once again.