Raptors have big season ahead 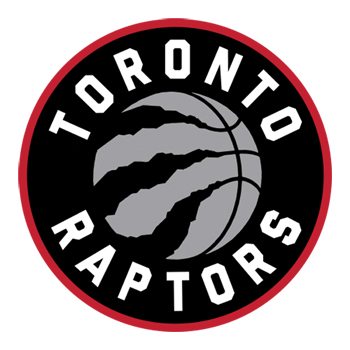 The NBA season is here and the Toronto Raptors are looking to head back to the playoffs. I don’t think anyone is labelling them an NBA Finals contender or anything, but this Raptor team looks like a playoff team that could win a round or two. They’re young, but like last season, I think they’ll surprise people.

Head coach Nick Nurse gets another year with this young core that has a sprinkling of vets as well. Fred VanVleet, Pascal Siakam, OG Anunoby, Gary Trent Jr., and Scottie Barnes look to be a formidable starting five with Thad Young, Khem Birch, Otto Porter, Chris Boucher, Precious, Achiuwa, and Juancho Hernangomez looking to provide valuable minutes off the bench. That’s pretty good — sure, it may not feature a bonafide number-one guy, but winning by committee is the name of the game for this squad.

Barnes will grow this year and if he can improve on his Rookie of the Year campaign, watch out. He looked like a guy that could grow into a genuine superstar for the Raps and even if he doesn’t, he looks to be a pillar for this franchise for years to come. His defence looks to be above average in the NBA and the only real concern is his offence. Scoring in the NBA is hard and Barnes will have to learn how to create good shots and not force it. Easier said than done.

VanVleet and Siakam are in their late 20s and they’re very good players that can contribute tons on the floor. As long as they stay healthy, that’s a good one-two punch offensively. Trent Jr. will be a major contributor to the offence and Anunoby is incredibly solid on defence, so this looks like a good mix. They may not have a traditional big to play centre, but I’m not sure they need that.

They finished in fifth in the Eastern Conference with a 48-34 and I think they finish right around that mark again. A full year of Young is great and he should provide some good minutes off the bench. He’s 34, so don’t expect him to play tons of minutes or big contributor all around, but he’s a vet who knows how to play.

Scoring off the bench is a big concern though, especially with Porter Jr. injured to start the year. If Hernangomez can be a good scorer off the bench, he can claim some minutes and be a great option when the team needs a boost.

And of course, like any season, health will be critical for this team. If they can stay relatively healthy, I don’t see how they miss the playoffs. Sure, the regular season can get weird at the best of times, but this team is too well-coached and too talented to miss. Again, that doesn’t mean they’re destined to win the championship, but they will be competitive and a playoff team.

And don’t count out a big trade either. Sure, the Raptors usually tend to make those big splashes in the offseason, but if this team plays well heading into 2023, Masai Ujiri and Bobby Webster may make a big splash. As stated previously, this isn’t a juggernaut offensive team, and maybe the front office elects to upgrade in-season. Their defence will win them games, so maybe there comes a time when an offensive threat gets put on the block and the Raptors could jump on that. Money would have to be moved out, but don’t count out the Raptors this trade season.

Overall, expect another fun year for the Raptors. They’re young, they’re great defensively, and they have players that are fun to root for. Over the past few seasons (minus the Miami season) have proven to be a playoff team and that should continue this year.

The Raptors kicked off their season last night at home against the Cleveland Cavaliers at 5:30 p.m.