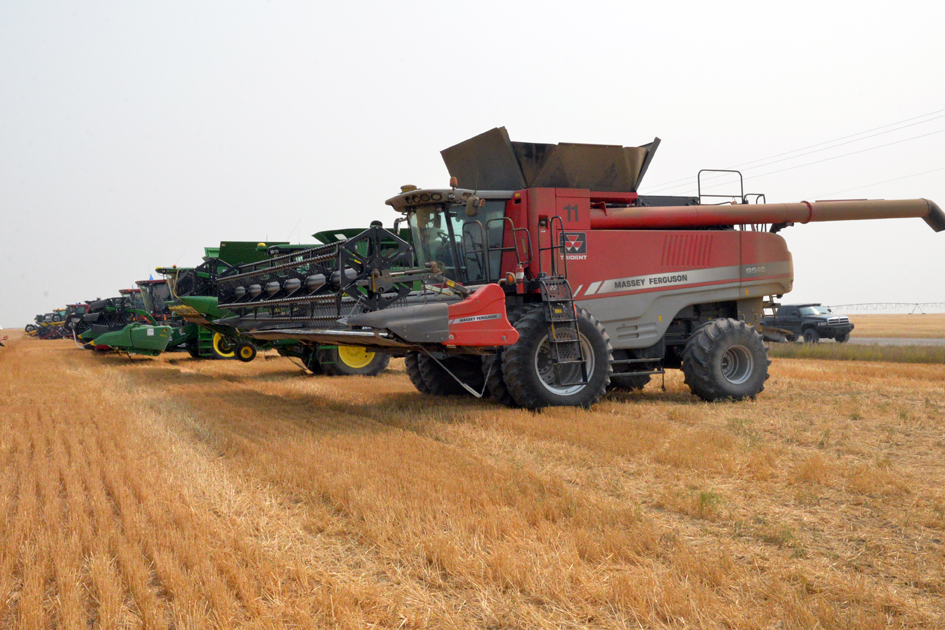 The provincial government has been investing heavily in the agriculture industry over the past year with funding and infrastructure announcements.

“It’s about long-term sustainability, making sure that agriculture is being supported in this province, and I fully believe that it is,” said Joseph Schow, MLA for Cardston-Siksika.

When the pandemic started a year ago in the province, it had presented some “unique challenges” for the agriculture sector. Schow says he believes the sector has adapted well in implementing safety protocols within their operations and ensuring employees are being kept safe while sustaining supply chains.

“Agriculture is, essential is an understatement,” said Schow. “I recognize this pandemic would be significantly worse if our supply chains in our agriculture sectors had been affected by this. So as a government, we’ve done everything we can to support our ag sector and I think we’ve done even more to expand it and make it even more viable going forward.”

One of the biggest issues has been COVID-19 outbreaks at meat-processing plants across the province. Since the pandemic began, there have been several outbreaks at these plants leading to temporary closures and workers dying after contracting COVID-19. Schow says everyone has responded as well as they could “under the circumstances”.

“There’s a number of concerns, but we’re trying to address them as they come up, and I think we’ve done so as well as possible.”

“We’re looking at almost $1 billion of investment for irrigation in southern Alberta, something I am so proud of because you’re looking at, and I think the most recent statistic I heard was a 3-1 return on investment. It increases the productivity of the land, it increases the value of the land, the availability of water, increases more investment opportunity for things like value-added. This is a huge investment, and it’s a clear indication that our government is committed to supporting agriculture.”

Earlier this year, the government announced a move alongside the Agriculture Financial Services Corporation (AFSC) that farmers in Alberta will receive a 20 per cent reduction in crop insurance premiums in 2021, which will help farmers save more than $55-million. They are also investing in infrastructure, with Schow pointing to the Relaunch Program. The capital budget includes $20.7 billion for building new roads, schools and hospitals over the next three years.

“You can’t have a viable agriculture sector without strong infrastructure, and as we expand agriculture, particularly in the south, there’s going to be a greater need for these these things such as roads and schools and health care. And so I think it’s an all encompassing investment going forward that as we see greater investment in the province, we’re going to see greater increase in population, demand on our infrastructure and we recognize that, and we’re here to support the entire province.”